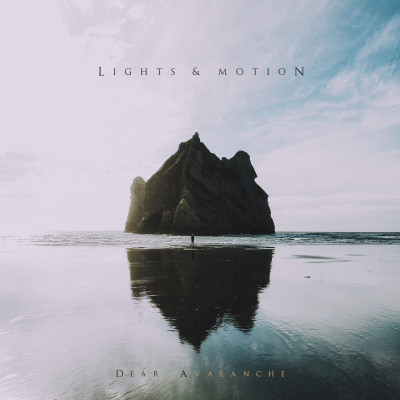 Forming as recently as 2012, Lights & Motion, the cinematic post rock project manned exclusively by Swedish composer Christoffer Franzen, has so far produced four albums of material, with Dear Avalanche, released in January this year, the follow up to 2015’s well-received Chronicle. This prolific output is in addition to Franzen’s TV and film soundtrack work, which he records under his own name, and has so far seen an additional three collections of recorded, largely ambient themes, moods and passages. All seven releases have been on the wonderfully enthusiastic and ferociously wordy Deep Elm Records.

The boundaries between Franzen’s two recording guises have been relatively well defined with Lights & Motion’s previous releases, as they mostly inhabit a world of beautifully orchestrated, emotive soundscapes, full of uplifting piano, sweeping strings and satisfying peaks and troughs. Nothing inherently ground-breaking, but there was certainly enough post rock beauty in the aforementioned Chronicle to hold this writer’s attention on numerous occasions.

However, the two worlds appear to have collided on Dear Avalanche. It most certainly still sounds like Lights & Motion, but a lighter, frothier version, where the sonic payload (which wasn’t substantial before) has been reigned in significantly, seemingly to accommodate a more reflective style. It just sounds really rather nice, all in all, and it accompanies the listener, rather than taking them in hand and demanding their attention. It probably has massive crossover potential, actually, in that you could play this album to almost anyone and they are likely to enjoy its widescreen, emotive feels. But in a thoroughly over-subscribed genre of instrumental crescendo-core, which Lights & Motion appear to still wish to belong to, the album sounds formulaic, heavily diluted and largely ‘moment’-less, compared to the leading lights and true innovators in the scene. Where previously, Franzen’s undoubtedly huge talent as a multi-instrumentalist and composer shone through in compelling soundscapes of depth and elegance, here the lack of the energy and earthy dynamics of a full band behind him is really noticeable- it made me think of the difference between canned laughter and a real studio audience.

I am not in the business of picking records to review in order to give them a right royal pasting. I chose this album to review because I have been a fan of Lights & Motion’s previous output. I just find this one disappointing, and I would rather be honest about it.

Things do start reasonably promisingly, having said all of that. The opening ‘The Explosion Within’ is a short-lived, poppy excursion into Hammock vs M83 territory, with some very lovely vocal harmonising to boot. ‘Feathers’ builds and glistens engagingly, while ‘Silver Lining’ does start moving through the gears, again with a nice vocal turn, but frustratingly stops short of delivering the kind of sonic punch to the head or gut that the record would massively benefit from.

There are a number of piano based, spacey excursions into ambient electronica (‘Anomaly’, ‘Perfect Symmetry’, ‘Lucid Dreaming’) which would very easily find a place on a sad scene in a Will Smith movie, but simply do not add enough to the listening experience here to transport the album away from its main outpouring of pedestrian, post rock-pop.

‘Pandora’ and ‘DNA’ do at least offer some additional variety in an overlong 14 track outing- the former’s urgent guitar riff and up-tempo pace, and the latter’s semi-fuzzed bassline, but both eventually end sounding like missed opportunities, and the overall breadth of mediocrity is unfortunately maintained.

Having read some of the other reviews already posted of Dear Avalanche, which are all universally bursting with superlatives, maybe I am calling this all wrong and it is indeed ‘a post rock masterpiece’. But sorry guys, I’m just not hearing it. What I can hear, in Franzen’s beautifully fragile ambient work, both here and elsewhere, is an exceptionally talented musician who could rival the real heavyweights of this style of soundtrack composition, Hans Zimmer, James Newton Howard and Angelo Milli. What Christoffer Franzen needs to decide with his Lights & Motion project is whether there is enough differentiation in his work, and originality in his post rock production, to warrant both the continuing demarcation, and the pursuit of a possibly unworthy distraction. 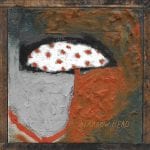