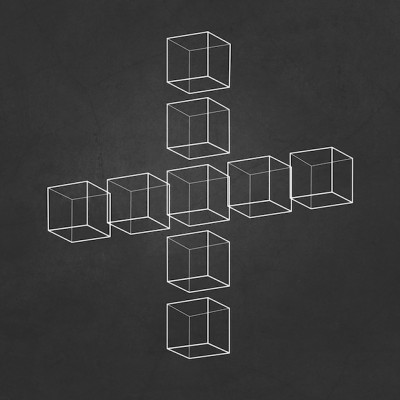 When I was a boy, I was never a big fan of listening to music on the radio. With the fundamental exception of John Peel, who was as much responsible for helping me pass my GCSE’s and A Levels as me or my teachers were, I just didn’t like the fact that I wasn’t in control of the music that I heard, or became aware of. I understood the function of disc jockeys as entertainers, promoters, possibly even taste makers, but from an early age (12ish) I realised that I needed to govern what music befell my ears.

There were three main reasons for this. The first is obvious. That the aural turbulence being served up by the mainstream sounded so appalling that an immediate alternative was sought. Secondly, that on occasion I would hear something randomly on the radio that would suddenly grab me emotionally, alter my perception temporarily, and provide a brief moment of departure from the everyday bewailing. This would always be duly noted by band/performer, and further investigated through either using all of my pocket money to deafly (sic) purchase their other material, or waiting/wading despairingly through all manner of Michael Bolton’s and T’Pau’s on the radio to hear something, anything else by the intriguing artist. As my understanding of the fact that I demanded music that was darker, multi-layered and sonically impactful grew, so my need to utterly reject music as background accompaniment and daytime playlist filler intensified. First I found goth, then it was shoegaze, then it was psychedelic trance and techno, then it was post rock. Now, thirty years on, it is all of those things, and nothing has changed. I still want My Music to demand attention, to enrapture, to provide solace. To me, and to all who I want to play it to.

As I helplessly watch an unholy sequence of political declarations descend into pure catastrophe, and worry constantly about what the future might hold for my three very young children, music as comfort and refuge becomes ever more important to me.

Two of the bands providing much more than an insignificant share of blissful contentment in my life over the years have been Mogwai and Slowdive. Imagine my excitement therefore when news broke late in 2015 of Minor Victories, a band containing two of my favourite musicians of all time, Stuart Braithwaite and Rachel Goswell. The self-titled debut album, released in June 2016, and also featuring Editors guitarist/keyboardist Justin Lockey and brother James Lockey on bass, was, of course, for me, everything that I expected it to be. It did a take a few listens, because initially I was a little overwhelmed by the density and complexity of the record. But repeated plays reward beautifully- probably more so than any record I’ve spent time with in the last 5 years- as subtle melodies, intricately layered orchestration, and a creeping, alluring intensity all reveal themselves. Braithwaite’s distinctive guitar scree juxtaposes wonderfully with Goswell’s ethereal vocals, whilst the band took great advantage of this age’s technological advancements to produce utterly convincing, sonorous strings as fulsome accompaniment. What is more remarkable about the record is the fact that it was put together entirely with not one band member ever being in the same recording studio as another. The four came together for the first time two weeks before the album came out, in order to rehearse for a few promotional gigs, aided and abetted in the live arena by Mogwai drummer Martin Bulloch. A support slot on Placebo’s November tour of the UK followed, to wide acclaim (for a support band), and although we now see Braithwaite and Goswell return to their main bands, both of whom are excitingly due to release new albums in 2017, the hope and expectation for future Minor Victories’ material and performance is very well set.

In the meantime, Justin Lockey has been back into the studio and (I believe) single-handedly re-imagined the 10 tracks on the album into the entirely instrumental, almost percussion-less Orchestral Variations. As Lockey himself explains, “When we were putting together the Minor Victories album, a lot of the music came about through string arrangements, motifs, melodies, countermelodies and other such noodlings I was messing about with. This record kind of takes it back to that initial point, and re-imagines the whole record from that standpoint – the bare bones, the hint at a vocal melody, not relying on any backbeat – but stripping the songs back to the base elements and then piece-by-piece making an entirely new record”.

So, if you, like me, are currently seeking a dreamy aural antidote to the ongoing political shitstorm that threatens to engulf us all, then look no further. Lockey’s interpretations are simply gorgeous. It is ‘New Classical’ in its purest form. It is the perfect soundtrack to a train journey from Newport to Crewe, as I discovered last week. Less than remarkable departure and arrival points were taken in silence, but as the opening sombre piano, cello and understated violins of ‘Cogs’ took hold of me, so the beauty of the Black Mountains and the Brecon Beacons unfurled at my window. As fragments of one of the original album highlights ‘Breaking My Light’ tantalised with strident keys, so the River Wye bowed and glistened in the weak January sun.

You almost still hear Rachel Goswell’s angelic voice in Lockey’s work on ‘The Thief’. It is certainly one of the more recognisable tracks on the album, in terms of retained themes and melodies, while ‘Give Up The Ghost’ has a slight Tangerine Dream quality to its subtle, chiming electronics.

‘Folk Arp’ finds the sole piece of percussion on the album, downplayed and totally suitable of course, with the version that was one of the forerunning singles prior to the album’s release being so full of violins anyway that the orchestral version here is not an enormous deviation. While ‘A Hundred Ropes’ sees Lockey throw the contents of the ensemble’s instrument cupboard into something approaching full orchestral bloom, and it is entirely lovely as a result.

After the slow-reveal majesty of Minor Victories’ debut album last year, for this wonderfully re-constructed variation to have arrived less than 8 months later is a remarkable achievement.

Orchestral Variations is a beautifully minimal, thoroughly captivating arrangement, and provides a wonderfully tranquil alternative to all that horrible noise on The News, and my usual attempts at losing myself- in a cacophonous maelstrom of blazing guitars.