(((O))) Review: I Like Trains – A Divorce Before Marriage (Film & Soundtrack) 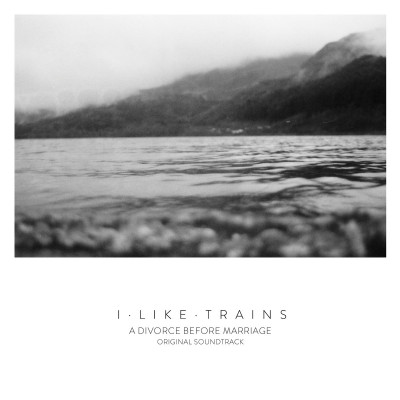 It was the long lost and sometimes missed 120 Minutes on MTV that first introduced me to I Like Trains. As I worked diligently (I am sure) from home one afternoon, with the likes of The Killers, Bloc Party and Kaiser Chiefs providing no more than background accompaniment, suddenly I hear the mournful, deliberate opening chords of ‘Terra Nova’, and see the opening to the just wonderful video, as a stop-motion boat arduously breaks through a continuous morass of model blocks of ice. It was the story of Robert Falcon Scott’s doomed Antarctic expedition, sung in the throes of wretched despair by a heavily bearded young gentleman, and set to one of the most dramatic, melancholic and captivating pieces of music I had heard in my lifetime. Thus, my love affair with I Like Trains had begun, in the summer of 2006, and everything I have heard and seen from them since has meant that nearly eleven years later my passion for their music and their band ideology remains undiminished.

The band had formed two years earlier than my introduction to them, in their home city of Leeds. Initially comprising David Martin (Lead vocals, Guitar), Guy Bannister (Guitar, Keys), Alistair Bowis (Bass, Keys) and Simon Fogal (Drums), the line-up was completed by Ashley Dean, who had what must be an entirely unique combination of band responsibilities (Cornet, Visuals), and produced the (did I mention it’s brilliant?) ‘Terra Nova’ video.

Following the release of their debut mini-album Progress Reform in June 2006 on Fierce Panda Records, a record that further demonstrated the band’s niche ability to write compelling songs about historical events, I Like Trains’ early momentum built steadily, with critical acclaim for the record, and a stream of herculean live performances, including the first opportunity I had to see them live, at the Roadhouse in Manchester, supporting another fine, if somewhat esoteric national institution, British Sea Power. The thirty or so minutes they were on the stage that night, resplendent in their old school British Rail jackets (at least before the basement sweats took over), certainly convinced the early and lucky few there that despite the deep and disconsolate tone of the music and Martin’s sombre, half-spoken baritone, they were discovering a highly polished, sparkling gem of a band. ‘Terra Nova’ took on 2 or 3 extra levels of sky-scraping hugeness in the live environment, whilst ‘A Rook House for Bobby’, the tale of chess grandmaster Bobby Fischer’s fall from grace, dealt a spine-tingling, ferocious crescendo that had at least me awestruck and agape.

The success continued with the signing of a (no less than) 5 album record deal with the highly respected Beggars Banquet in 2007, and the release of their debut album, Elegies to Lessons Learnt, which very much continued with the historical events theme in its song-writing. The Great Plague, the Great Fire of London, and the only assassination of a British Prime Minister, were among the subjects covered, with the momentous 9 minutes of ‘Spencer Perceval’ quickly becoming the live set closer of choice, and tearing the walls down of many a venue all over the UK and Europe.

So far, so swimmingly well. However, following the departure of Ashley Dean, and the release of The Christmas Tree Ship EP in late 2008, the Beggars Banquet label was suddenly retired. Some artists on the roster were re-homed at other labels within the Beggars Group, like 4AD. I Like Trains were not.

From being full-time musicians and one album into a 5 album deal, I Like Trains were now an unsigned band again.

A Divorce Before Marriage, a 70 minute film by Matt Hopkins and Ben Lankester about the band, picks up the story in 2012, on the eve of the release of third album The Shallows, which like previous effort He Who Saw The Deep two years previously, had been self-funded, and was to be self-released.

By this time, of course, I Like Trains could no longer be a full-time concern, and one by one we are introduced to them, and to the ‘normal’ lives they lead outside of the band. Mundane office environments that ensnare them by day, family life and tranquil scenes in the Yorkshire countryside are juxtaposed expertly with the inner sanctum of the recording studio, as the finishing touches are made to the new record.

Early on in the film, there is a fair amount of hope and excitement. We meet Ian Jarrold, based in London and formerly of the also excellent Redjetson, who was now, as a third guitarist, a permanent member of the band. As he travels North, he talks of there being something special here, that perhaps they were on the brink of something good again, or even great.

The Shallows did represent a reasonably significant new direction for I Like Trains, with much greater use of electronics, as they maybe attempted to contemporise their progressive guitar rock. It would be unfair to say that the record bombed, but we see much footage of gigs promoting the album on a UK tour, and some select European dates, and what is depicted well is the gradual dissipation of the sense of adventure, of enjoyment and self-fulfilment, and returning home to a realisation that their new album was not getting the reaction they had hoped for.

What follows is an existential crisis for the band, and its individual members, over the next three years, observed and edited brilliantly by the film-makers. It’s a tough watch at times, particularly for a huge fan of the band, as individual members take time out with family, with partners, or simply alone, to reflect, take stock of the now obvious notion that they would need to continue, or to seek alternative careers, and a greater sense of self-worth, elsewhere. The future existence of the band is questioned more than once during this time.

However, this period of deep reflection and adjustment ends positively, with new relationships, growing families and burgeoning careers and business opportunities taking the minds of our five protagonists further away from ‘The Band’, and eventually to the point where they can reconcile the fact that I Like Trains will now be their hobby, not their career, and to finally find solace and contentment with that.

This is not your typical rock documentary. This is a portrayal of five exceptionally likeable guys, who happen to be in a band named I Like Trains. The landscape of the music industry has changed beyond recognition in the 12 years of this band’s existence. They remain together, after a long period of uncertainty and adversity, and are looking to further embrace a future world of part-time music and digital marketing, and to be happy and comfortable with living outside the write-record-release-tour band circus.

The soundtrack for the film, an entirely instrumental score obviously written by the band, was released in December and represents I Like Trains’ first new music in 4 years. Shorn of Dave Martin’s unmistakably deep vocal delivery, there is a perhaps surprising lightness of touch to the eleven tracks featured, although the wistful tones and understated rhythms entirely suit the themes in the film. Only the lead ‘Bethesda’ and ten minute ‘X’ build to anything like a familiar ILT incantation- the remaining pieces using carefully plucked guitar lines, piano and brushed percussion to brood in the background. More than once I am reminded of Mogwai’s Zidane: A 21ST Century Portrait. Not just in timbre and execution, but in the way that a band most widely known for its towering soundscapes has demonstrated a deft beauty and fragility previously unheard and assumed unlikely.

Whatever the future does hold for I Like Trains, they can be immensely proud of all that they have achieved as a band, and if there is to be another album ‘proper’, I will, as a result of the brave, honest and intimate film about them, be able to buy and listen feeling as if I know this band, and the characters within it, better than just about any other. Now that is a real privilege.

People can head here for the DVD or Bly-ray – store.progressfilm.co.uk