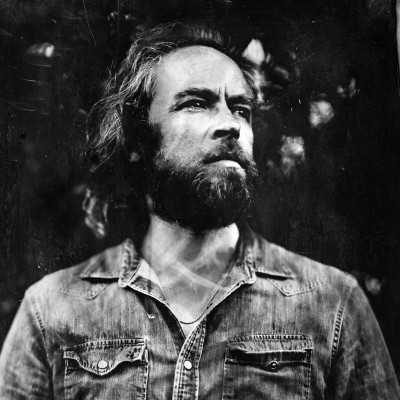 I don’t mind admitting that this is a bit of an odd one.  But these are odd times.

Duke Garwood has a great new album out (Garden of Ashes), and he is about to embark on tour.  These things are talked about, expanded upon and generally illuminated below.  But there’s a lot more going on here than just going down the usual “Hey, what are you up to?” and “Oh hi, funny you should ask that, I’m doing this…” road.

Huge thanks go out to Duke for being gracious, thoughtful and surprisingly animated throughout the below exchange.

(((o))) Garden of Ashes is described as your “Angry Album”.  It has to be said that your anger has been well channelled into something very mellow, certainly as far as the music goes – was it a particular challenge to turn any external negativity into something calmer?

Yes. We are in bad shape.  The power is now fronting itself with clowns, in order to show us once and for all that we have no power, and there is nothing we can do about it. The barefaced lies and brutality is laid bare for us to see, and they laugh in our faces.  We are conned.  We are hoodwinked.  We feel like suckers.

And as a musicianeer and, I suppose, some kind of entertainer, it is my job to provide nourishment for the soul. And so, I dig deep, deep in the well, to find the sweetest waters, and bring them up uncorrupted.

(((o))) It also seems to expand further on much of the previous Heavy Love, where the sound comes across as having much more of a ‘band’ vibe in many places than people will have previously known you for from record and certainly onstage.  Is this going to change the way you approach your live work by adding more personnel, or is the prospect of adapting these for more solo work rather a fun approach?

I don’t do fun, it goes way too deep in me for that. Whatever will be will be, I can’t predict the future.  We carry our own gear, know what I mean?

Be that as it may, the Garden of Ashes tour will be a band, a fantastic band, wherever a band is possible, and may even be solo at times. Plans make the Gods laugh.

(((o))) I ask the above especially as I’ve lost count of the amount of times I’ve seen you support Mark Lanegan over the years, and am constantly surprised at the way in which I can honestly say I’ve seen no two performances of yours that are even remotely similar!  Do you have any particular way in which you approach each show?

It’s an energy thing, electrical, emotional.  I don’t have an automatic reset button; I let all the ingredients of a place inspire me to create the show.

Knocking the tunes out to get it over with is a sin that does not go unpunished. You have to ‘conjure’ the music, to make it live for a moment before the night takes it away again.

(((o))) For someone who seems to gather your music from around yourself, do you find it easy to bring in outside influences to your work?  Black Pudding alongside Lanegan is an obvious touchstone, but Garden of Ashes certainly has a shared groove with that of the Smoke Fairies (who appear here and there on the record).

I am very fortunate to be blessed with many friends who are powerful musicians. They complete my musical spirit.

Katherine and Jessica (Smoke Fairies) are right up there for me, they have honed their art to a keen blade, and with it they carve a delicious slice of beauty. I always knew we would do something together,

I had to wait until I had the right music.

(((o))) It was also a nice surprise to see you onstage alongside Dave Gahan and Soulsavers, which must have been something of a change of comfort zones, as well as a further happy coming-together of my record collection!  Was this (presumably) more regimented approach to performance different to the way that you normally work?  And keeping with the general collaborative tone so far, is working with these guys again a possibility?

Dave Gahan is a beautiful cat, very funny, welcoming and generous.  My job was to take care of sonics and provide some sweet chaos.

It felt good to be part of his band, and what a beautiful band it is. Rich Machin is a maestro and can put a great band together.

I fell in love with every one of them. I would tour with them again in a heartbeat.

(((o))) Finally, as 2016’s been a bit of a choice one as far as losing things we’d rather have kept and gaining others that we could really do without, what can you take from this last year – both musically and generally – so that you can look back and take comfort and cheer?

Musically I am in the golden chamber. As far as finding the notes of Bliss, I feel like I am on the path.

My faith in humanity has been restored, tested, broken, and restored again. Love power, soul power, unity and endurance, that’s what we have, and in the end, we will prevail.

I never got “the meek will inherit the earth” thing, because I didn’t like the term ‘meek’.  I thought it to be weak, but it applies to us, not the war mongers, the power hungry, the short term opportunists, they will inherit dust and ash. But those who want to live in harmony, advance, and keep advancing our intelligence and knowledge for the enlightenment of our species, they will inherit the beautiful fragile earth, and keep it alive.

The Me will fail and fall, but We can make it.  Together.