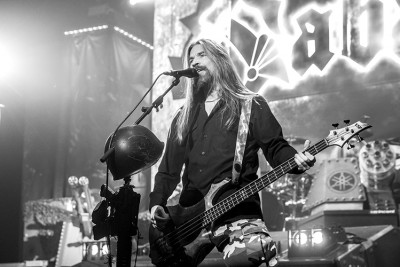 There are very few bands incapable of putting on a bad show. I put it to you, reader, that Sweden’s favourite sons Sabaton are one of those bands. Touring their most recent album The Last Stand on what is hopefully not-prophetically labelled ‘The Last Tour’, they brought fellow Swedes Twilight Force as their openers, and old-school German heavy metallers Accept as support.

Taking in their stride being shoved onstage just after the doors open, Twilight Force look like they’ve just walked off the set of Lord of the Rings. Aerendir the rhythm guitarist sported elf ears, Chrileon the vocalist had a longsword, and Blackwald the keyboardist had a wizard’s staff (Pratchett fans can smirk knowingly at the luminous pink knob on the end). The guitarists enjoyed jaunty little dances on stage, and at one point they all sat down together, whilst playing, and pretended to listen as Chrileon sang them a story as if he were a Bard and had rolled a natural 20 for ‘Storytime.’ But, and I mean this, don’t let that put you off them. They know their fans, quite a few of whom were down at the front ready and waiting, are nerds, LARP-ers, and Dungeon-Masters, and they play up to it. They exhibit an updated, slightly more mature version of the kind of power metal in the style of early Helloween and Luca Turilli, and play it well enough to justify the hilariously cheesy costumes. Frankly, if early Manowar can get away with aping Conan the Barbarian and go on to be, well, Manowar, then Twilight Force can get away with looking like Peter Jackson has just told them to take five while he sorts out the best angle from which to film Legolas’ hair. 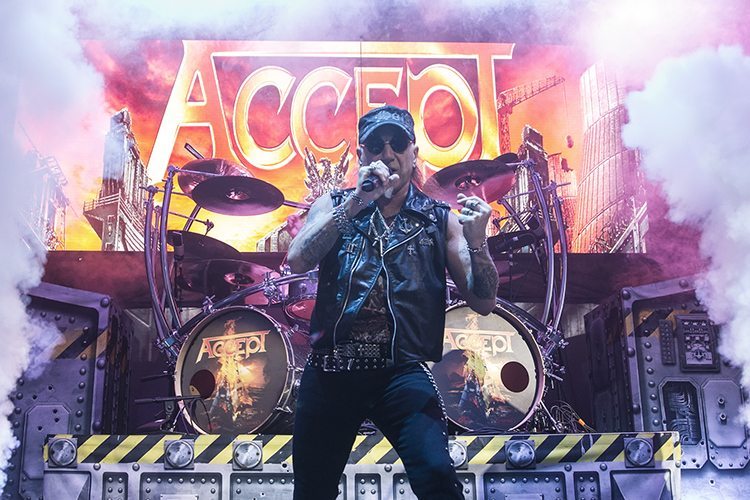 Kicking more life into old-school heavy metal than anything from Judas Priest have put out in the last few years, Accept nearly brought the house down when they came onstage at 20:00. Aside from one or two microphone glitches for vocalist Mark Tornillo, their performance was a flawless trip through their back catalogue in reverse, with the thunderous renditions of the songs that re-launched the band, such as ‘Teutonic Terror’ and ‘Stalingrad’, giving way to classics like ‘Balls to the Wall’ and ‘Fast as a Shark’. Of particular note was the extended riff on Beethoven’s romantic piano masterpiece ‘Fur Elise’ during ‘Metal Heart’: only the tight chemistry of this group of metal elders could have pulled it off without it coming across as a cheesy mis-step.

Sabaton have always been a band that lived up to the notion of ‘go hard or go home’, and have never pulled out anything less than all the stops. The audience forgave them not entering to ‘The Final Countdown’ in favour of a tape playing their recent cover of ‘In The Army Now’ when the set was unveiled to reveal a tank in front of the drum kit, with machine-gun emplacements spraying fireworks across the audience. The first half of the setlist was a relentless march through a mix of songs mostly taken from their more recent albums, including using their roadies as extras from ‘300’ in a fantastic rendition of ‘Sparta’. This all came to a halt when vocalist Joakim Broden brought out his keyboard, intending to treat the audience to a slower number. Instead, he was mercilessly kicked off and told to sing while the others gathered round to provide an acoustic backing for one of their oldest songs ‘The Final Solution’. The pyros at the front, having already singed several eyebrows, were changed to resemble a campfire, providing a gorgeous ambience. The pace picked up again afterwards, the band ploughing bombastically through fan favourites like ‘The Lion From The North’ and ‘Night Witches’ closing on rousing finisher ‘Shiroyama’. 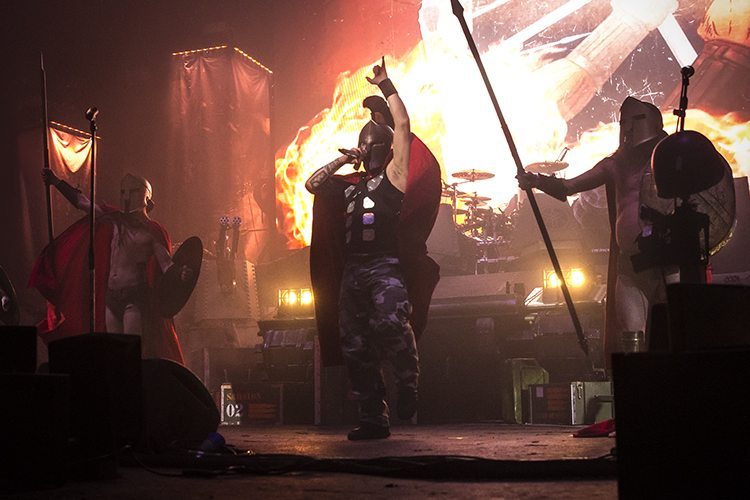 In an interlude between songs, Joakim revealed that when Sabaton had first visited the UK some ten or so years ago, they had been told their music would never take off here. This was clearly a spectacularly misjudged prediction, destined to go down among the greatest howlers of crystal-ball gazing history. It could not have been more wrong. They may have taken ten years to get to a venue as prestigious as the Brixton Academy, but they owned the stage, their rousing power metal proving that where the old guard might slowly be dying, the new blood is more than ready to lead metal into a bright future. Almost every time he stopped singing, Joakim had a grin on his face wider than the Cheshire Cat’s, and it is that infectious enthusiasm that has always given Sabaton their edge live: they are clearly incredibly happy to be up on stage, doing what they live, and so the audience respond. The catchy, barnstorming power-metal on display certainly helped, as did the custom-made background videos for each song, but above all else it is their passion for what they do that makes Sabaton so great, and made this arguably the best gig of 2017. 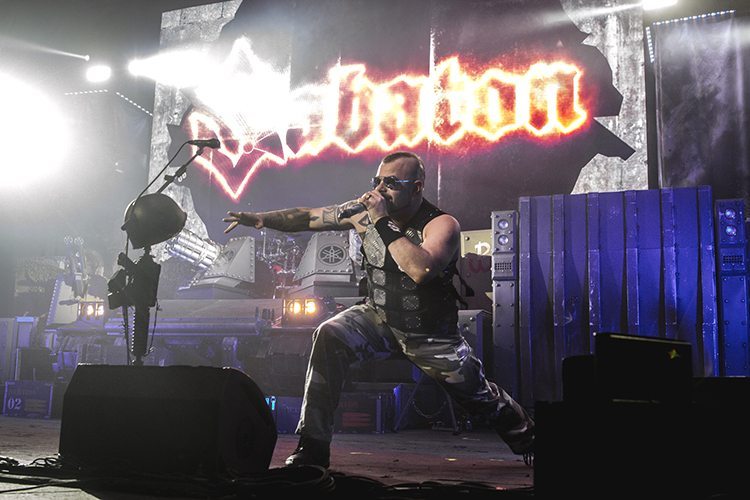