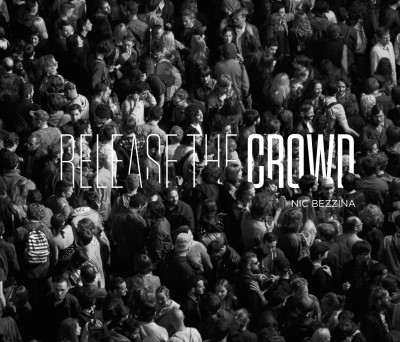 Release the Crowd by Nic Bezzina

Being a music website, it’s not often that we get books for review (although it does happen occasionally…). It’s even rarer that we get one largely without text, relying on a short, two and a half paragraph introduction to set the scene; 5 countries, 9 music festivals and an unusual viewpoint.

Most festival/gig/music photographers focus on the object of the audience’s attention. The band is what everyone is there to see, so for the most part, that’s what you capture. The sweat, the blood, the movement, the intensity of the performance. Consequently, what is so often missed is the adulation, the fervour, the emotion, energy and response of the crowd. The end point of a performance is, after all, solely measured by those observing and reacting to a performance. Be that excitement, melancholy, anger, or any other of the full gamut of human emotion. Often, there is as much or even more to capture by pointing the lens towards the seething mass of humanity that is the festival crowd than there is on stage, and this is what Nic Bezzina has made a project of in Release the Crowd.

In Nic’s own words, “These images are beautiful, evocative, and at times surreal. In time they will become a kind of an anthropological study on a scene, on a culture, and on humanity in a way”.

He’s got a point.

There are a great variety of images here, from a long-haired guy in a skin-tight cat print body suit, to pictures from inside the mosh pit. Seas of hands raised in response to requests from those on stage and musicians held aloft by the crowd. From rain beaded on ponchos and several genuinely spectacular mud shots from what must have been a very wet Wacken Open Air festival, to idyllic sunlight filtering through the trees at Soundwave and the blissfully unaware, sleeping on the grass at Hellfest in France, there are many different emotions and atmospheres portrayed here. 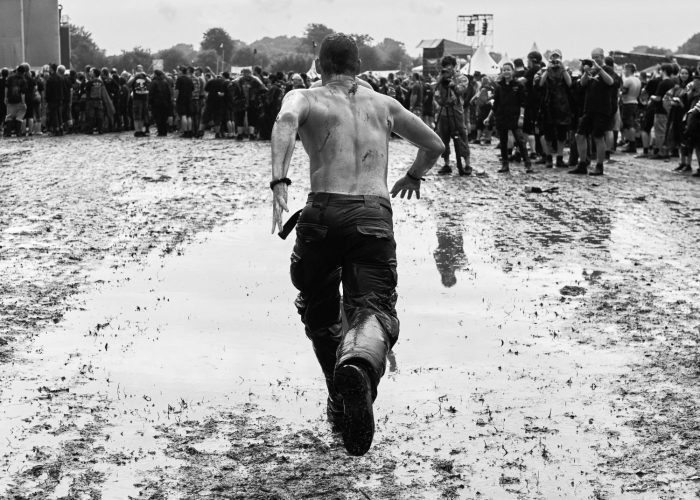 For me the shots that work best are those where there is still a connection to the surroundings, an indication of context and occupation. There are a few photos where the subject fills the frame and is removed from that context, their expression alone isn’t really enough to hold my attention. They’re great portraits, but I’m not sure there is the connection to the scene that would make them a useful addition to this study. Saying that,there are only three or four photos from the 80 presented that don’t really fit the brief, and the remaining 76 contain some genuinely captivating work.

This really is an exceptional collection of photographs showing the highs and the lows, the dry and the wet, the pre, post and during gig emotions experienced by that strange and eclectic thing, the festival crowd. There will be moments here that anyone who has attended a festival will have experienced, but which aren’t generally immortalised by the photographers covering them. As such, this is possibly one of the most evocative sets of festival photos that I have seen. It reminds me of my own festival experiences despite the fact that I wasn’t at a single one of the festivals featured. Here is portrayed a mindset, an atmosphere, a shared collective consciousness of those wonderful people that like to spend weekends in random fields around the world, listening to great music in the company of friends. 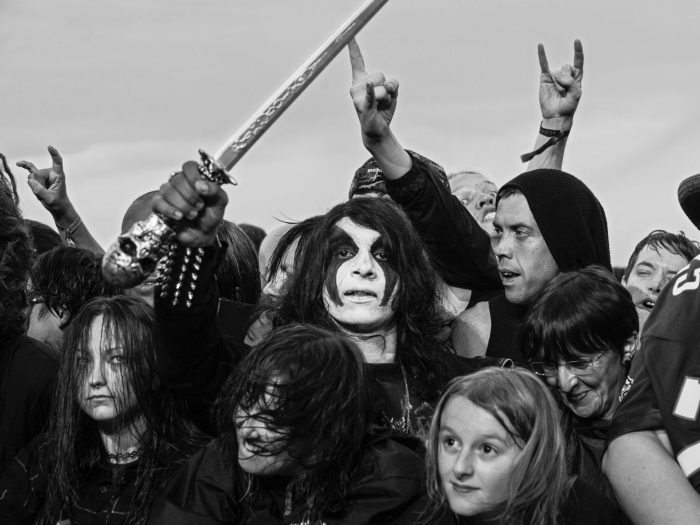