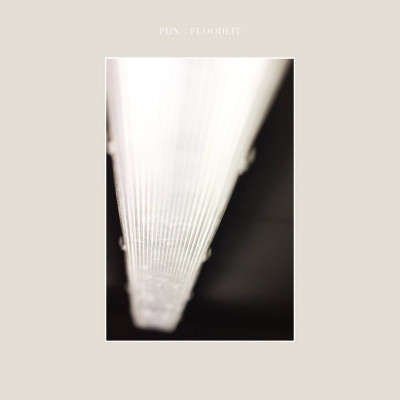 First listen, it seems to pass in the blink of an eye, clocking in at just over nineteen minutes; the first and final tracks sandwiching two interludes. But don’t be mistaken, there’s more here than meets the eye (or ear, if you prefer), as subsequent listens start to reveal layers hidden beneath the seemingly solid exterior, stark recesses bathed in shadow.

We’re lured into opener ‘Dumbstruck & Floodlit’ as gentle strings ring out; a brief, celestial prelude for triumphant guitar that follows. It’s uplifting and soars effortlessly into catchy riffs and heavier sequences, building an air of confidence that’s short-lived. Hints of disturbance surface and ripples form, as the wondrous introduction subsides into a quieter spell. Clean, cheerless vocals rise through the sheen, as throbbing cello swells and harrowing violin yearns longingly atop the amassing waves, before peaking, leaving lone guitar plucks to slowly decay into silence. Floodlit tightens its grip, as every instrument at the band’s disposal erupts in a hurricane; barked vocals and gruelling guitars scythe through the swirling maelstrom, as the lap steel guitar cries like a beacon amidst the spreading storm, thrashing wildly, before we’re collapsing and ebbing away into calm.

We’re gifted two interludes to recover in the form of opposites ‘Hazel’ and ‘Cassandra’. ‘Hazel’ is a twinkling, delicate piano-led piece; hopeful and healing, attempting to sooth the fresh wounds. The latter is harsh and desolate; coarse, strained guitars chug, groaning in turn during the brief life of ‘Cassandra’, the mood becoming volatile yet again. It’s not long before trauma resurfaces and in a sudden relapse we’re forced to face it head on.

‘Lacquer’ fiercely blasts away those softer interludes leaving perishing fragments in its path and dragging us back into the melee. Vicious, unrelenting vocals scorch the pummelling guitars and racing drums. It’s awesome and raw, pounding with heavy-handed might, before finally breaking into more controlled segments. There’s still disquiet, but at the midway point, a distant light pierces through the darkness; the track drifting into gentler, slower rhythm. Beautiful violin and reassuring French vocals underline the alleviating sorrow and the urge for solace, as Floodlit loosens its grip.

As a huge fan of bands like Pelican, Isis and Russian Circles, Pijn’s debut certainly left a lasting impression on me. The EP is painstakingly composed and beautifully produced, showcasing a style and maturity you’d expect from an experienced veteran of the genre; yet they establish their own identity through probing anguish and serenity with grand scope. When they explore them further, one can only imagine what they’ll find. One thing’s for sure, I’ll certainly be first in line to hear it.

Pijn release the Floodlit EP through Holy Roar Records on January 27 2017, available to pre-order now. Having played a host of gigs throughout 2016, playing with the likes of Pelican, Bossk and Three Trapped Tigers, they’re now working hard on a full-length album, a website and a heap of live shows going into the new year. Be sure to check them out!