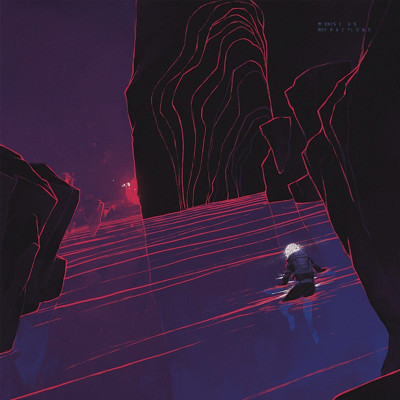 Meniscus have had a change of lineup constantly, right from their inception in 2005 and somehow they are always on the lookout for a new drummer with every release. Yet, the drumming has been one of the unique aspects of their music, often bringing a technical precision to their multi-layered sonic experimentations. After the departure of drummer Cameron Brennan in the late 2014, I was apprehensive about them but they have proved me wrong with Refractions, as they have chosen to reinvent themselves while staying true to their roots.

One of the first things to notice about this album is the production, which is nothing short of awe-inspiring. Every instrument is well balanced and the mixing is done with absolute subtlety. Meniscus have the perfect reply for the generalized view of post-rock these days and its reliance on tremolo pickings and guitar distortions, by playing a unique blend of balanced bass lines with creative drumming.

The opening track, ‘Doom’ is infused with a sluggish groove laden with an impending bass and atmospheric guitar layers that emits a vibe very much akin to Jakob. The drums triumph throughout the track as it transcends from a very dark undertone to a sumptuous climax. ‘Simulation’ is an incredibly layered wall-of-sound showcasing the band’s profound understanding of dynamics and intelligent use of delay pedals. This track really sets the mood with a vibe of resolution and struggle through the ebb and flow of instruments and an overbearing sense of accomplishment during the crescendo. Whereas ‘Doom’ and ‘Simulation’ display more of an eerie mood, the succeeding track ‘Overhang’ portrays a more jovial delivery with more direct guitar lines and catchy drum beats surging throughout the song. It’s one of the most feel-good songs of the year, I’d say, and is much required judging by how somber 2016 just go for all of us.

‘Fingers’ picks up right where its preceding track left off, in a slightly weirder way in terms of rhythm, tempo and overall instrumentation. Careening towards more experimental territories, this track takes a dive into the progressive waters with lead guitarist Daniel Oreskovic’s persistent chuginess and plenty of odd time signatures to look out for.

Meanwhile, the album’s highlights ‘Head Rush’ and ‘Hamster’ provide an even more captivating atmosphere that resorts back to the band’s old roots and is just a paradise for any post rock listener. ‘Head Rush’ starts out on simple notes until the drums kick in and Alex O’Toole shows us his insane skills on drums (especially the bass drums) while not being overbearingly technical on the overall sound. The guitar follow-through is sublime in every aspect but it is Alex who really steals the show in this song. ‘Hamster’ is one of the best songs that the band has ever written, in my honest opinion. The rhythm is unblemished right from the word go, exploring the progressive realm once again with evocative bass lines of Alison Kerjean complimenting the sweet guitar chimes of Oreskovic’s guitar and Alex just goes bonkers with his superbly creative grooves pouncing on the snares throughout the song.

Whether be it the lush soundscapes of ‘Doom’ or the capricious grooves of ‘Fingers’ or the truly creative buildup and crescendo of ‘Hamster’, Refractions is a bold new entry into a world of post rock swiftly headed towards banality. Perhaps the only criticism I would like to point out is that the album doesn’t end as strongly as one would initially expect with ‘Flux’ being another flurry of instrumentations going berserk with an ambient undercurrent. Aside from this, Meniscus have executed ‘Refraction’ with perfection. No instrument feels out of place at any point of time whatsoever. A resplendent record that would make any instrumental rock fan proud, there is no doubt that Refractions would land up in the top three tier of my favorite releases of the year. 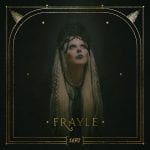