(((O))) : Echoes Of The Past: Red Sparowes – Every Red Heart Shines Towards The Red Sun 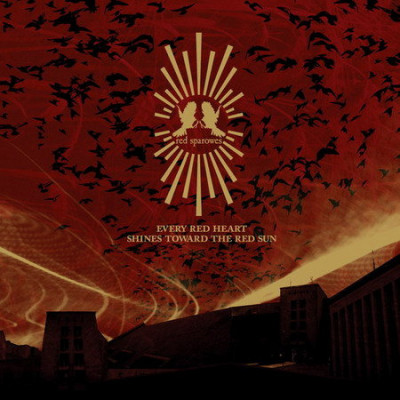 A post-rock concept album about an event that caused the deaths of 45 million people might not sound like the cheeriest record ever. And it’s not – but it’s a truly great record.

Red Sparowes are an American post-rock supergroup of sorts featuring members of Neurosis and Isis (not that Isis) amongst others, who I first saw when Jacob Bannon of Converge suggested to the crowd at The Garage in Glasgow to pop over the road after that gig to see Red Sparowes doing a late show. I duly popped over and saw a mesmerising show, and I bought this record the day after.

The record is a concept album based upon The Great Leap Forward of Communist China in the late 1950’s – a radical social and industrial transformative program, designed to lift China from a primarily agricultural and feudal society to a modern industrialised society in the space of 5 years. Ponderous song titles as “Annihilate The Sparrow, That Stealer Of Seed, and Our Harvests Will Abound; We Will Watch Our Wealth Flood In” practically begs you to Wikipedia what it’s going on about. In this case, Mao had decided that because sparrows eat wheat and seeds, if farmers killed all the sparrows, then obviously harvests would massively increase – what actually happened was that with tens of millions of sparrows being killed, there was a huge boom in the locust population which ate all the crops and caused widespread starvation and death. 5% of the Chinese population died.

From track to track, the album follows the progress of the Great Leap Forward – from naive, idealistic beginnings to mass starvation and realisation that maybe blind idolatry wasn’t the best way to run a society of hundreds of millions.

Musically, in all truthfulness, aside from some usage of pedal steel guitar here and there, isn’t much in this record that hasn’t been done elsewhere. The buildup/crescendo/diminuendo format of post-rock pioneered by Godspeed You! Black Emperor, Tortoise and Mogwai had long been established by 2006, and this record sticks to that reasonably faithfully. Shying away from the occasionally leaden plodding of Pelican – whilst also not quantising and click-tracking the life out of everything – the album works perfectly as a whole body of work from beginning to end.

Some great albums are genre-defining trailblazers and some are examples of an already defined genre being done very well – this is definitely the latter. I highly recommend a listen. 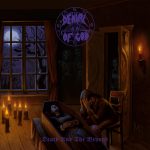 Echoes Of The Past: DENIAL OF GOD – DEATH AND THE BEYOND 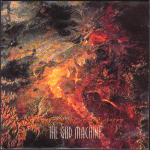 Echoes Of The Past: The God Machine – Scenes from the Second Storey 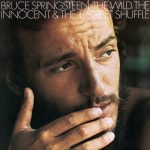 Echoes of the Past: Bruce Springsteen – The Wild, The Innocent and the E Street Shuffle 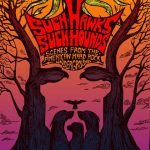 Echoes of the Past: Such Hawks Such Hounds