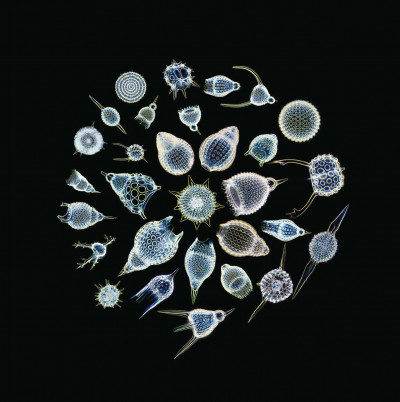 On The Dry Land by The Sea Nymphs

2016 – amongst all the things you already know about, and some that you don’t – has been quite a year for the extended Cardiacs family. Former Cardiacs band members and associates – often known collectively and informally as the affectionate friends, who worked with Tim Smith when he was in good health and now rally around him as he continually strives to overcome the effects of a massive stroke in 2008 – have had an incredibly productive year.

We saw, for example, the return of Kavus Tobari’s Knifeworld with Bottled Out Of Eden, Kavus also had records out with Gong and Admiral’s Hard; his Cardiacs predecessor Johnny Poole – as part of The Dowling Poole – released the superb One Hyde Park. We’ve also seen Dronne, from the North Sea Radio Orchestra, alongside art installations by Sarah Jones (formerly Sarah Smith, and before that Sarah Cutts, and before that Sarah In Space (probably)), The Whole World Window benefit concert for Tim, in the Oop North, plus the reformation of Spratley’s Japs who recently played the well-loved Pony album in it’s entirety down in that Brighton. On top of these releases, we’ve also seen in recent years the steady re-release of Cardiacs albums on vinyl: The Seaside and Sing To God, Guns, remastered and restored to their former glory and – in the case of The Seaside – its original tracklisting.

You’ll agree, there’s been plenty going on, but due to Tim Smith’s illness, nobody was realistically expecting any new Cardiacs material at any time soon. The famous ‘lost’ album LSD was, no doubt, going to remain in that state.

That was the case until Cardiacs management – The Alphabet Business Concern – in their omnipotent wisdom, and having manipulated world events in 2016 to reach a point of critical distress, decided in their infinite kindness to release On The Dry Land. It may have been recorded back in the 1990s (and the odd track may have been part of the live set and Peel Session), but as none of this material has been brought together in a complete package before – so we can consider it a new release, and that’s a very fine thing to be able to say as a Cardiacs fan.

For the uninitiated, The Sea Nymphs were Tim and Sarah Smith (which she was then) and William D Drake (which he is now), who formed – for want of a better description – a mysterious hippocampus worshipping triumvirate within the Cardiacs.

The band within the band as it were.

They’d already released a record, Mr and Mrs Smith and Mr Drake, before the eponymous album by The Sea Nymphs was allowed for sale to a grateful fanbase. Sonically sharing its DNA with the main band, The Sea Nymphs, took a very different musical approach to the thrilling bombast and prog-punk japery that characterised most Cardiacs material. Here was a band that perhaps had more in common with Dead Can Dance or The Cocteau Twins, but was still cherished by a loyal, cultish, fan base. Out were the mad time-signature changes, and in where more conventional song structures which allowed the beauty and majesty of the music to breathe.

Band offshoots can be incredibly divisive, as we all know. There are many Faith No More fans, for example,  who have no truck whatsoever with Mr Bungle or Fantomas (and are all the poorer for it IMHO), but The Sea Nymphs far from splitting with Cardiacs tradition, pulled off that rare trick of actually expanding and enhancing the mystery and mythos behind the main band. I’d also heartily recommend revisiting The Sea Nymphs debut before – or alongside – On The Dry Land, just to remind yourself how gorgeous and unique that album was.  That we have On The Dry Land in our grateful and sweaty paws is, for we fans of Smith’s work, a really significant moment, not quite a full-Cardiacs moment, but at least a John the Baptist moment before a Jesus Christ one.

At least that is what many of us in The Pond hope for.

Well, it’s what I hope for.

But whether or not a Cardiacs album sees the light of day, let us – for now – appreciate the quirky majesty of this new record.

Like The Sea Nymphs before it, On The Dry Land is a heady mixture of psychedelic pop, avant-garde folk, English Hymnal, and electronic experimentation. Imagine a world, if you would, where all the kids bought Syd Barrett’s The Madcap Laughs instead of The Rise and Fall of Ziggy Stardust and the Spiders from Mars and wanted to be like the quirksome Floydian frontman rather than the Bermondsey Odd-bod. That’s what this record is like.

The first voice we hear, on ‘After’ is Sarah’s. She rises like Iolanthe from the bottom of the pond, covered in frogs and weeds, and when she sings, in that child-like Kate Bush squeal: “I go and come back / Listen what you’re saying now / Saying now…” It’s like she never went away. The music remains in a whimsical faerie mode for ‘Eating A Heart Out’, Sarah’s voice again soaring over the obscure lyrics.

We don’t hear from Tim until ‘Big River’, his voice soaked with frailty, exposed over an acoustic guitar, he sings “Take extra care / With all the precious stuff we try to handle / Without special care…”, and immediately I found myself welling up with emotion, not just because of the very Smith-esque lyric, but because for me, this was something new and precious. So new in fact that part of you thinks this record could have been recorded last week, never mind 1991. But it also brought to mind Tim in his current physical fragility, how could anyone know in ‘91 how things would turn out?

‘Sea Snake Beware’ finally lets us hear from Bill in a duet with Sarah which continues to draw on the Cardiacs tradition, or rather obsession, with all things sea and splashy, and so then off the album goes, without a backward glance.  I’ve always thought of listening to Tim Smith’s music as something akin to walking through the wardrobe to Narnia and by the time these fifteen songs are up you’ll want to press the repeat button, to transport yourself somewhere else once more.  Back to 1991, perhaps, when Cardiacs were in their full pomp, or even transported to some imagined land where familiar friends and faces reappear (albeit the dirt and mud caked faces of the band who stare out at you from the album sleeve).

Other highlights include poems of Gerard Manley Hopkins and George Darley set to music, plus there’s a few tracks which proved to be unexpected bonuses. ‘Mirmaid’s Purse’ turns out to be the same piece of music as the epic playout to Bill Drake’s ‘Homesweet Homestead Hideaway’ from The Rising of the Lights album, while the final song on the record, ‘Wanky’ will be very familiar to viewers of the incredible live Cardiacs film All That Glitters Is A Mare’s Nest as the incidental music that plays behind the “on the road” sections while touring advice, hygiene rituals, and violence are measured out to the band. It’s so very interesting to see that – particularly in the case of ‘Mirmaid’s Purse’ that this music already had a life of it’s own. It makes you wonder what else lurks at the bottom of the pond?

Credit also to Mark Crawtha (Redbus Noface), Craig Fortnam (North Sea Radio Orchestra), and James Larcombe (Stars In Battledress, Admiral’s Hard, the William D Drake band, etc, etc, etc…), who have done a peerless job in mixing these 25-year old recordings. Michael Chapman’s wonderfully decorative circular art frames the album, he also worked on the artwork for Dronne, he like them circles. And also thanks to Mary at ABC for making this all possible.

This is a fantastic record, peerless and without equal, and for me, my album of the year.