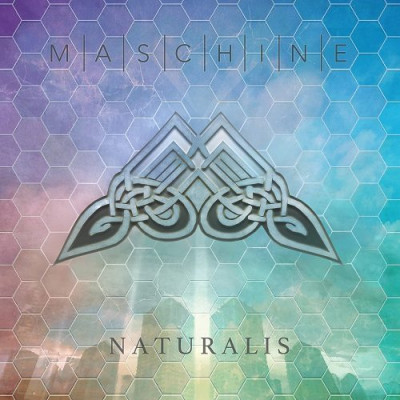 A lot has happened for Maschine in the last five years. Formed in 2007 by guitarist and writer Luke Machin whilst studying at the Brighton Institute of Modern Music, the band – then named Concrete Lake – blew away audiences with their early performances, culminating in a triumphal appearance at the Summer’s End festival in 2011. Despite being a last-minute addition to the bill, they played an intense and crowd-pleasing set, and the band have since been in increasing demand. After signing to renowned progressive rock label InsideOut Music in late 2012, the band changed their name to Maschine and released their debut album, Rubidium, the following year. After a string of well-received festival slots and tour playing support to label mates Haken and Leprous, Maschine’s steady ascendance suffered a setback, having to replace both original drummer Doug Hamer and keyboardist and vocalist Georgia Lewis, who left the band shortly after Hamer to concentrate her energies on her own band. Hamer and Lewis’s personalities were stamped indelibly on Rubidium, and replacing them must have been difficult on both a musical and personal level. Machin and his remaining band mates rose to the challenge, recruiting drummer James Stewart and keyboard player and vocalist Marie-Eve de Gaultier – only for Machin to then be sidelined with his own health issues for a short time.

The incredible momentum the band had so far enjoyed might have started to ebb away, but Machin’s enforced break from performance led to a prolific period of writing and collaboration with his rejuvenated band, which has in turn given birth to the band’s second album, Naturalis. Themed loosely around natural disasters and the human race’s all too often uneasy relationship with the environment around us, the album has a power and focus that the band’s debut, for all its strengths, did not possess. Rubidium, although by any reasonable measure a superb debut, was the sound of a band with innumerable ideas trying to wrestle them into shape. Naturalis feels more considered, more mature and unforced. Whilst the tracks remain lengthy and subject to dramatic changes in mood and feel, the sudden lurches in direction that typified many of the moments of high drama on Rubidium are replaced with more organic slow builds and breakdowns that flow effortlessly into each other. Every member of Maschine plays a crucial part in making these transitions feel so natural; their ease within the ensemble allowing them to intuit what is coming next without making every bar feel scripted. In this respect they have tapped into the same improvisational spirit that lies at the heart of progressive metal giants Dream Theater, among others.

It seems to be short-changing Maschine to compare them directly to a progressive metal band, though, for all the furious crunch that emerges during their heavier moments. Truthfully, Maschine are a crossover band in the truest sense, managing to successfully meld the weight and hard-edged riffing of metal with a more pastoral, languid, jammed-out tendency more typical of progressive rock, or even of jam bands or modern jazz. Whilst the lengthy opening and closing tracks succeed in merging these influences, the remaining tracks cleave more closely to the latter form, often to haunting and memorable effect. ‘Night And Day’ starts out as a pleasingly anthemic indie-tinged rocker before putting on its prog boots and indulging in some spiky instrumental interplay as it closes out, whilst the spooky female vocal pattern and funereal piano that underlies the beautiful melancholy of ‘Make Believe’ is utterly mesmerising. Here, de Gaultier’s yearning and bewitching lead vocal – reminiscent in some ways of Garbage’s Shirley Manson – makes for a hugely affecting and memorable song, a song that also manages to squeeze in a brief but memorable solo spot for Machin. It could be the most memorable track on the album, purely because it’s not afraid to be subtle. Its deceivingly simple structure is a large part of what makes it so affecting. ‘Hidden In Plain Sight’ embraces the band’s jazz tendencies still further, locking into an easy groove that runs throughout its length, the call-and-response vocals and Machin and additional guitarist Elliott Fuller’s taut guitar providing melody aplenty as the rhythm section drive the song towards its end. Bassist Dan Mash and Stewart deserve a special mention for making the push-and-pull rhythm of this song really leap out of the speakers. ‘A New Reality’, meanwhile, drifts closer to classic symphonic prog, although even here Maschine’s jazz tendencies render the results closer to Camel’s effortless propulsive feel than to the progressive rock classicism of the likes of Genesis. Maschine’s songs aren’t so much written as organically grown; they sprawl out to fill as much space as they need to, without ever feeling like their growth is being directed.

For the prog fans, though, it is inevitable that much of their attention will be focused on the two longer tracks that bookend the record. It’s fortunate, then, that they are exceptionally good even by Maschine’s high standards. The opening ‘Resistance’ is nothing short of sensational. Rising from a swamp of bleeping electronica and dreamy synth, it’s ‘Kashmir’-like drum part and surging guitar riff provide huge drama as the song ebbs and flows effortlessly towards its bewildering ending, comprised of colliding time signatures and virtuoso flourishes that turn the track upside down and dance a demented tarantella on its smoking corpse. Along the way, everyone gets a chance to shine: de Gaultier’s eerie vocals and intensely atmospheric keyboard work clash deliciously with Machin and Fuller’s simultaneously abrasive and soaring guitar and Mash’s hyperactive basswork, Stewart’s effortlessly metronomic drumming often the glue that sticks everything together. There’s even a flute-enhanced section that is deeply reminiscent of mid-70s Camel – like Andy Latimer’s legendary progressive rockers, Maschine fuse progressive rock and jazz tropes to potent effect.

If that sounds impressive, then the monstrous finale, ‘Megacyma’, is quite simply the most astounding thing the band have achieved to date. After an unhurried and wonderfully atmospheric Latimer-esque guitar intro, it dives into dense, twisting passages of prog metal interspersed with tension-building verses and an earth-shattering chorus. It’s a breathtaking piece of work that could only ever be a closing track – you’ll likely feel exhausted by the time it reaches the end of its nearly 12-minute running time. It perfectly showcases the band’s virtuosity, but also their keen ear for melody and, perhaps more surprisingly, a fine sense of when to scale back the fireworks and let the music catch its breath.

Naturalis is the sound of a band really finding its feet. Whilst the changes in line-up and related challenges might have crippled another band, there’s no hint of a difficult genesis for Maschine’s second album. The end results speak for themselves: all the early promise of the band that once used to be called Concrete Lake has been fulfilled in this record; it truly is a mixture of metal, prog, indie and jazz-infused improvisational fearlessness that manages to sound totally cohesive and uncontrived. This album may have taken longer to emerge than the band might have hoped, but everything happens for a reason, and Maschine have taken a huge step forward with this album. What we have here is one of the most well-wrought and imaginative progressive rock albums to be released this year. After spending some time with this record, the thought of what awaits us on the band’s third album is an enticing prospect indeed.