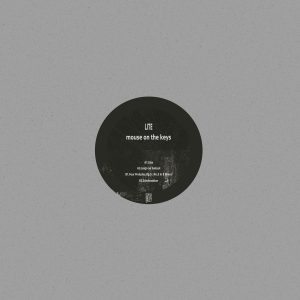 Released on September 30, 2016 via Topshelf Records

This is a rather enjoyable – if too short – EP from two of Japan’s foremost math rock acts. I’m more familiar with LITE than Mouse on the Keys, and to be fair it was LITE that piqued my interest when the record came in, however it’s probably safe to say that Mouse on the Keys have gained a new fan on the back of this release.

Anyway, here are the rules of this EP. Each band has two songs each, one of which must be a cover-version of a track by the other band. Simple. It works very effectively too. LITE, famous for polyrhythmic guitars and syncopated drumming tear into new song ‘Else’ without hesitation. It’s joyous upbeat math which, if you haven’t encountered them before, will serve as an ideal introduction to this band. The cover of Mouse on the Keys’ ‘Saigo No Bansan’ goes beyond the expected structures of math rock into epic territory more than once. I rather liked it before, and after, I sought out the original version.

Mouse on the Keys are very much piano/keyboard driven, in contrast to LITE’s guitar shredding heroics. More than anything (if I know anything at all), they blur that fine line between math rock and contemporary jazz. Their original EP track Four Preludes,Op.5 – No 3 In B Minor, recalls the classical/jazz leanings of the first PoiL album (French lunatic jazz-rock, and well worth checking out). This blur between the genres is muddied further with a cover of LITE’s ‘Echolocation’ (form the wondrous Installation album, which I also recommend). The interplay of keys here, rather than the expected guitars, is something of a masterstroke, almost convincing you that the track should have started out this way.

But before you can say “Crikey Granny, you’ve really got to check out these two Japanalicious bands!”, the whole thing is over. More please – ‘cos it’s terrific.