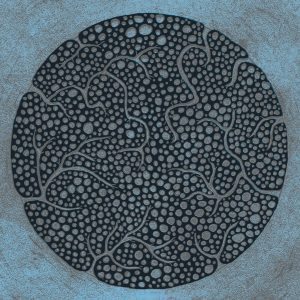 Versatile is a digestible collection of electronic tracks with a diverse range of influence from across the board of the broad and multi-faceted genre. It features elements of ambience, house, trance and drum and bass and keeps it fairly light and accessible for the duration.

‘Fremdkoerper’ opens the album and it sounds like something from the soundtrack of Fez or some similar platform-jumping, frogger-trumping world of squishy ambience and joyfully complex electronica. It is bright and upbeat and a bold start to the release.

The core component of ‘Disfunction’ is a swarming suspenseful bass pad which acts as a dancefloor for a series of 80s sounding layers of drums and arpeggios. The result is the sort of music you reluctantly bob your head to at first and after a while find yourself clicking a long and pulling silly faces. Although, I guess when you talk about sweet-sounding dance music it should probably noticed that they’re vastly improved being played in a packed out club to a horde of twisted minds and bodies mashed on uppers. That always makes dancing and instinctive behaviour a lot more interesting.

‘Versatile’ takes us into dingier territory and naturally, I feel a lot more at home here; the track reminds me of artists who I’d covered over the past year like; Owl Vision, Rival Consoles and Xander Harris. Although, whether or not it’s a good thing to the individual this a bit less fucked up. I’d say it’s closest to Rival Consoles, only rather than being fit for three AM, it’s probably closer to midnight. Its tidal oscillations of bass tones and pipe-hitting percussion pad the track out with a wealth of allure but, for the most part it is a carousel through deep house drum and bass syncopations. It sounds like the inside of an automaton’s heart as it gazes into the magnetic grey eyes of another machine.

Reminiscent of light-hearted video game soundtracks and rich in its multiplicity, it’s a mild-mannered yet intriguing listen. I’d be interested to hear some mixtapes from Ben Haviour and I think remixes and mixtapes would be a natural next step for expanding this collection.