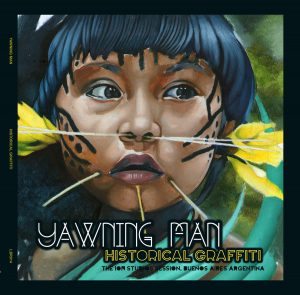 Yawning Man are an enigma. The mostly instrumental, part-surf guitar, part-psych, part-desert rock outfit have been in existence for 30 years and are spoken of in hushed tones, for they are credited with helping corrupt the young minds that went on to form Kyuss and Queens of the Stone Age. And yet if you didn’t live in Palm Desert, California or repeatedly watch Inside Out, a superb skateboard movie made by Gullwing Trucks in 1988, then you probably didn’t hear their music until at least five years into the 21st century.

This album is only the band’s third full-length, if you discount the digital release of the Birth of Sol demo collection in 2009 (which in itself is noteworthy because of the inclusion of ‘Catamaran’, which was covered by Kyuss on As the Circus Leaves Town, and ‘Fires of Papa’s Chili’ – both songs were on Inside Out).

Sure, the band’s members have released other music through off-shoots and side projects, but a Yawning Man album – this is their first for six years – is rare enough to be savoured, like the sighting of a whale on a boat trip.

The sub-title, The Ion Studio Sessions, comes from the Buenos Aires studio where they recorded it in a single evening while on tour in the Argentinean capital in 2015. It is as laconic, shadowy and spontaneous sounding as Nomadic Pursuits, their previous album, but the band has clearly evolved, with the addition of guest musicians and with a wider palette of inspiration.

Gary Arce, the guitarist, seems comfortable sitting on a single vamp throughout the opener ‘The Wind Cries Edalyn’, allowing the additions of violin and bandoleon accordion (played by the tango musicians Sara Ryan and Adolfo Trepiana, respectively) to weave melodies in between. Despite the titular connection to the Jimi Hendrix song, it bears no discernible resemblance to ‘The Wind Cries Mary’ and it is a deceptive number; what seems such a simple, almost easy-listening song reveals more colour with every listen.

‘Her Phantom Finger of Copenhagen’ is slightly darker and almost sounds, with the slight distortion on Arce’s guitar, as if it could have come from Pot Head, the EP the band released in 2005. Mario Lalli, the bass player, begins the third song, ‘Naomi Crayola’ with a throbbing single note, aided by Bill Stimson’s metronomic drumming. Imagine if Can grew up near the beach, it’s that sort of vibe. The only problem with the song – and the album, as it happens – is that it is too short.

Ryan’s violin returns in ‘The Secret Language of Elephants’, this time playing the role of keeping the main vamp alive while Arce’s guitar generates an evocative soundscape that opens in your mind a wide, violet sky like that above a desert the moment after the sun disappears for the night.

The closing song and title track is the most free of the five on the album, with Stimson’s beat conjuring memories of Kyuss’s more mellow moments from Welcome to Sky Valley, Lalli’s bass marking the simplest of bottom ends and Arce having a ball over the top.

A mellotron, played by Marlene Arce – who is also Gary’s wife – adds depth, while the Argentinean pair sneak in intermittently. It’s a lovely song and it ends all too soon. As does the album. And if Yawning Man’s previous rate of output is anything to go on, this will be the last we will hear of them for a while. Savour this while you can.