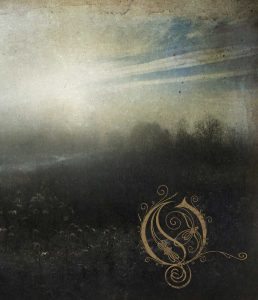 Independent publishers Rocket 88 are making a name for themselves amongst music fans with a series of lavishly presented tomes dedicated to a variety of bands and musicians whose music lies outside the mainstream. Having already delivered excellent books dedicated to the careers of bands as notable and diverse as Dream Theater, Talk Talk, Fairport Convention, Sepultura and Syd Barrett, Rocket 88 have now turned their attention to Swedish metal pioneers Opeth.

The results are certain to please Opeth’s ever-swelling audience. Presented as an “oral history” of the band, the text is entirely the band’s own. Naturally enough, given his position as the band’s de facto leader since fairly early on, the bulk of the commentary falls to Opeth’s chief songwriter, Mikael Mikael Åkerfeldt, although most of the other band members – past and present – provide their view of events. Two names in particular are notable by their absence, however: long-term drummer Martin Lopez, and keyboard player Per Wiberg, both of whom left the band under a cloud. Their absence is perhaps not surprising given the nature of their departures from the band, but aficionados of their contributions to Opeth’s back catalogue may be a little disappointed that their takes on things are not part of the tale.

Indeed, anyone hoping for some hitherto uncirculated juicy gossip will be disappointed. Whilst Åkerfeldt’s unapologetic and bracingly self-critical commentary is unflinching in its honesty, there are no tales of debauchery and rock n’ roll excess here – as Åkerfeldt himself remarks on more than one occasion, Opeth are simply not that sort of band. Opeth was never comprised of the sort of musicians for whom the limelight’s siren call was a prime motivator: tellingly, Åkerfeldt and his bandmates and collaborators are all focused on the band’s music, first and foremost.

In many ways, this remains Opeth’s chief appeal, and the reason that most of their fans are so devoutly loyal. This mindset is not a recent development: in talking about the writing and recording of the band’s debut album, 1995’s Orchid, Åkerfeldt points out that “opening our minds to other, non-metal, music enabled us to develop our own sound”, something that marked Opeth apart from a succession of superficially similar bands around at the time. This dogged determination to forge their own path probably accounts for what Åkerfeldt views as the lengthy period of time that the band was active before things really started to take off for them – bands that don’t embrace a zeitgeist tend to be either overnight successes or slow-burners, and Opeth fell into the latter category. For all the band’s focus on their music, it’s clear that there were times when they became frustrated that records they were very proud of didn’t introduce them to a wider audience. This is especially notable in the part of the narrative that deals with 1999’s Still Life, where both Åkerfeldt and long-term guitarist Peter Lindgren reminisce about their disappointment at the response the album upon release. “I think we thought there would be some kind of explosion or something, but that didn’t happen”, says a wistful Lindgren.

In time, of course, that explosion did arrive, with the arrival of the much-feted Blackwater Park in 2001, and the band have steadily grown in confidence and popularity ever since. The section of the book that deals with Blackwater Park is especially illuminating, not least the remarks of now-veteran progressive rock artist Steven Wilson who produced the record and who played a large part in giving Åkerfeldt and his band the confidence to experiment further with their sonic template. Particularly interesting are Wilson’s doubts, expressed to Åkerfeldt before work got underway, on whether he was the right choice to work on the album. “I remember him saying that that was exactly why they wanted me, because they wanted something that didn’t sound like a regular metal record”, says Wilson. As always, Åkerfeldt’s muse knew instinctively what his band’s music needed to reach its logical end.

That muse was to guide Opeth towards a series of career-defining records: the muscular Deliverance; the largely stripped-down Damnation; the occult-themed darkness of Ghost Reveries; and another breakthrough record in the shape of the aptly-named Watershed, where the band successfully fused the more overtly progressive side of their music with their increasingly evident progressive rock influences in a way that opened the band’s back catalogue up to an audience outside of metal who had hitherto not been aware of the band. These albums – which make up the bulk of Opeth’s most beloved output – didn’t happen without their share of trials and upsets, however. Drummer Martin Lopez’s personal problems, his last-minute replacement, Åkerfeldt’s own doubts about recording the ambitious Deliverance and Damnation back-to-back and numerous other tribulations are recalled, if not dwelt on. The impression the reader is left with is that Åkerfeldt’s single-mindedness has preserved and enhanced the band where lesser souls might have withered in the face of adversity. Åkerfeldt and Opeth’s journey is one of unfailing persistence. As Richard Attenborough’s John Hammond remarked in Jurassic Park, “creation is an act of sheer will”. So it is with Opeth.

With the band increasingly content to embrace the “prog” tag, the follow-up to Watershed, 2011’s Heritage, was destined to be perhaps the band’s most controversial record to date. Whilst Damnation had been decidedly influenced by progressive rock, its funereal atmosphere led it to be accepted by fans in a way that Heritage was destined not to emulate. Whilst progressive rock fans flocked to the band, intrigued by the band’s use of classic prog tropes, metal fans confused and dismayed by the band’s decision to discard Åkerfeldt’s formidable death metal growl and much of their trademark precise, muscular riffing turned on the band, and Åkerfeldt in particular, who they blamed, as chief songwriter for betraying Opeth’s “true sound”. Åkerfeldt is pleasingly frank about this ongoing controversy about the band’s recent work. “I think people think people are dying for us to say that [Heritage] was a mistake, but that’s never going to happen”, he says, going on to wax enthusiastic about the record, which he still feels very fond of. “I am man enough to admit that it may have been a mistake to focus so much [during the tour] on the new album and to only play songs with clean vocals […] but I also think that I’m really glad we did it”, he continues. Here, as throughout the book, Åkerfeldt’s evident affection for Opeth’s fans shines through, and it’s not difficult to empathize with the occasionally difficult balancing act he has to achieve, between satisfying the fans and his own muse.

Of course, the story of Opeth’s music is only part of the appeal of The Book Of Opeth. The book is lavishly illustrated, and many of the photos here are from the band’s own private collections and are previously unpublished. Whilst the usual promotional shots are present and correct, there are many more intriguing photos here, including a large number from the very earliest days of the band – a rare treat for long-term fans and newcomers to the band’s early work alike. There’s a pleasing heavyweight feel to the book, too: all 208 large-format pages are printed on heavyweight paper, enclosed in a cloth-bound hardback book that is wonderfully attractive. Rocket 88 have lavished a great deal of care and attention on this book, and it is clearly evident in the result. And that’s not all – there’s music, too; at least for those fortunate enough to own one of the first 4,000 copies of the book. An exclusive 7″ vinyl record is hidden away within the book, containing previously unreleased acoustic versions of fan favourites ‘Atonement’ and ‘Demon Of The Fall’. Whilst they’re not exactly essential listening, it’s certainly an attractive bonus – the acoustic reading of ‘Atonement’ in particular possesses a doleful beauty that recalls the band’s work on Damnation. For dedicated fans whose pockets are much deeper, some copies of the so-called ‘Signature Edition’ of the book are also available: this edition (limited to 500 copies) is signed by Åkerfeldt, houses the book in a sturdy clamshell case and includes a set of three art prints that reproduce the mediaeval-style triptych featured on the artwork for the band’s most recent album, Pale Communion.

The tale ends happily enough, in the wake of the tour supporting Pale Communion. All the band’s current members are at pains to describe how enjoyable the sessions for that album was, and how the band’s increasingly broad sonic palette has both developed their instrumental ability and their enjoyment of their time in the studio and on stage. With the band’s new album Sorceress about to be unleashed, The Book Of Opeth is a fitting testament to the slow but steady rise of one of modern metal’s most intriguing and adventurous bands. Theirs is a success built on bloody-minded dedication to their own very distinctive voice, to following their instincts no matter where they might lead. Such individualism is the very soul of progressive rock, and the very spirit of metal – and what could be more fitting than that?