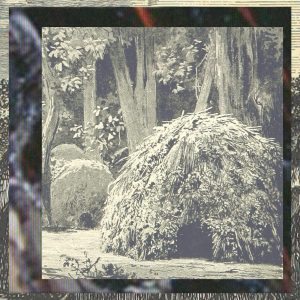 For the uninitiated, Michael Snoxall is the cunning intelligence behind Lost Salt Blood Purges, whose epic, ambient, face-melting, drone album Only The Youngest Grave impressed many of us here at the top-secret-underground-bunker-headquarters of Echoes and Dust.

“Spooks.” is a very different beast, stripped down to mostly acoustic guitar or keyboard, and Snoxall’s fragile but beguiling voice. Whereas Only The Youngest Grave bore down on you like an Earth destroying asteroid, “Spooks.” is a very emotionally engaging, personal, record. Very human, as opposed to its big sister’s alien ambiguousness.
No doubt Snoxall will want to make his solo work distinct from LSBP, and he does so here with heart-breaking intensity. Yes, it does share some of the former recordings DNA, there are some very similar background effects here – crackles, wispy dronish hums, but they remain resolutely on the horizon, allowing the humanity of the work to pour out.

‘Dry Skin’ starts the album, and is a crackled and dry as any sun parched wilderness that you’re likely to stumble over, and sets the pace for the other seven tracks that follow. ‘Calloused Knuckles’ appears to be red raw criticism of the singer put to a lo-fi, indie, film soundtrack. ‘Numb Limbs/Gold (C. Wolfe)’ cleverly reinterprets Chelsea Wolfe’s song with additions of Snoxall’s own. It’s so open and honest.

Perhaps the deepest, most affirming track here is ‘An Open Letter to Phil Elverum’, the Washington based sound-artist is clearly a hero for Snoxall, and this open letter, full of great sadness on the loss of Elverum’s wife  Geneviève to cancer just breaks your heart every single time. Sadness is tinged with some sense of hope though, as Snoxall lists all the reasons why Elverum is such a great artist, and an inspiration for his own music. I defy anyone not to be moved deeply by it.

It’s hard to write a critique of what is – in a lot of ways – a deeply personal record. I listened to it all summer as an antidote to some of the more epic, bombastic, music that usually soundtracks the season and I don’t regret one second of what I heard.