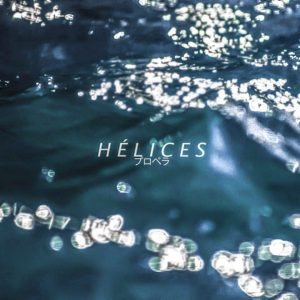 I have detailed elsewhere the magnificent, yawning void that is the YouTube Post-Rock Vortex, and anyone who has positioned themselves deep in the trenches of this subgenre are surely nodding gravely right now, but with a knowing smile dancing across their lips. For the uninitiated, allow me to explain: you don’t necessarily approach the vortex directly, more like it glides up beside you and whispers in your ear before swallowing you whole. You start innocently enough by typing in “This Will Destroy You,” for instance (not grasping how appropriate those four words will become), and while listening to your track of choice, your eyes wander to the “suggested videos” on the right of your computer screen. You don’t know it yet, but you are already lost. You see an album cover or band name that looks intriguing, click on it, and long story short you emerge three days later from a seemingly-endless rabbit hole of music the depths of which you never fathomed returning, beard gnarled, one sock missing, and a mysterious $150 charge on your PayPal account credited to BandCamp. But your iTunes library tells a glorious tale of discovery which leads you to believe that wherever you may have journeyed, it was well-worth it.

Such is the manner through which I came to know the Chilean instrumental post-rock/space-math outfit Helices and their bombastic debut Propulsor. There was no sponsored Facebook post, no friend who clued me in, no connection to another band I was familiar with. They just showed up in the suggestions, based upon my search of another band whose identity I can no longer recall. They were like the sweet, cherubic face of Baby Jesus staring out at me from a slice of rye bread, except they were no hoax.

Propulsor showcases Helices’ skillful navigation of a potentially-treacherous high-wire act in which they strive for both technical acrobatics and joyous uplift. The first track, “Una historia para acabar con todas las historias” fades in appropriately with what sounds like a band readying themselves for a jam session. Random drum fills and effects-pedal tweaking cannot fully prepare one for the thorough workout they are about to take part in. Once the song proper kicks into gear, it is immediately apparent that Helices is a tightly-constructed unit that means businesses and seethes with unabashed energy. It is best described as what it might sound like if members of The Sound of Animals Fighting, The Mars Volta and Circa Survive collaborated on a cover of Explosions in the Sky’s “The Moon Is Down,” but quickly diverted into a variety of equally-intriguing directions.

The duo of guitarists Rodrigo Ramirez and Enrique Angel layer spacy post-rock melodies over math-leaning licks in a manner that makes more sense in practice than it seems it should. While the guitars are the melodic driving force of Helices, the powerhouse rhythm section provides the all-important anchor. Drummer Felipe Angulo proves just as capable with loose, almost improvisational-sounding jazzy passages as he is laying down compact, searing rock grooves. Not to be undervalued are bassist Nelson Irigoyen’s eye-opening secondary melodies, which add an important layer that helps Helices stand apart from many of their contemporaries. Though the music isn’t geared toward individual showcases, the technical chops on display are undeniable.

Each song concludes with a short stretch of ambient sound which leads directly into the following track, adding a sense of natural flow to the record. It isn’t something that necessarily draws attention to itself, but it gives Propulsor the feeling of being a decidedly cohesive, singular work. Perhaps the track that best captures Helices’ capabilities is the high-flying “Onironauta,” which has found a home on at least one compilation album that I have found during my periods of research, leaving me with a thankful sense that I am not the only one who has been blown back by this band. It has decisive math-rock overtones, but there is just something different about their approach to this type of music. Instrumental math-rock certainly has the power to wow the listener, but also has a tendency to allow for a drifting of attention, at least in my experience. “Onironauta” avoids that pitfall by balancing its jaw-dropping skill set-pieces with a soaring melodic sensibility that ensures the listener remains deeply emotionally engaged while also suitably impressed. It’s a compelling blend that achieves the rare feat of keeping my ears glued to my headphones for Propulsor’s full duration.

For another fine example of Helices’ bewitching brew, look to the 2:20 mark of album-closer “Ribelo,” during which they first tackle breakneck riffing, then blissed-out melody, before eventually settling into an inspiring combination of both. It’s one of the many moments on this record that should create an acutely-heightened level of excitement for what Helices has in store for the future.