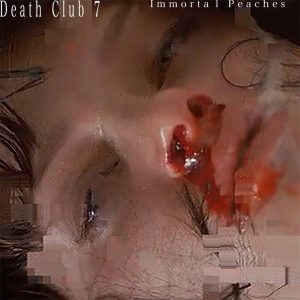 Bonus points – first and foremost – for calling yourself Death Club 7, which for me – if nothing else – wins Band Name Of The Year prize. Death Club 7, you may be thinking, sounds like the nom de plume of a thrash metal band with songs like ‘Retch For The Stars’, ‘Bring It All Back From The Dead’, or indeed, ‘Bring The House Of Usher Down’. Think again – Death Club 7 is, in fact, the pseudonym of Brisbaner Patrick King, whose dark, slick emotional cyber-pop recalls elements of later Nine Inch Nails experiments.

This EP is, to be truthful, something of an oddity. It’s not quite dark enough, perhaps, to appeal to the Trent Reznor crowd, nor is it weighty enough to compare with, say Underworld or Autechre. It’s certainly not boring, and King most definitely deserves kudos for something which at times, sound quite light, but has a rather slippery undertone. I was put in mind of Marylin Manson – without any of the tedious shock-rock trappings.

‘Vault’ kicks off the EP, a gritty, urban, almost grime stylistically, pitched against this are high register, feminine vocals – but before you can get a handle on it – it’s gone. ‘Thru the Chains’ follows quickly, and is – to my mind – the strongest track here; the mechanical electronica is joined by a one-pitch monotone voice which carries the melody. The pitch-black tone continues on ‘Awake’ – at least initially – then in comes a vocal worth of anything you might find in the charts. Stripped of effects, King’s voice has a really interesting pop-quality, the song is the kind of  trance-y vibe you’d find on a post-apocalypse Ibiza – not that they’d notice the apocalypse on Ibiza.

I didn’t dislike it; Death Club 7 certainly have an ear for pop – and regular readers of my reviews know I have an enduring love of pop, and an enduring disappointment of the homogenous mince grinder that modern pop has become. King certainly deserves a wider audience. It may be hard work trying to build it. But in a world of anodyne popsters, Death Club 7 bring dark relief…