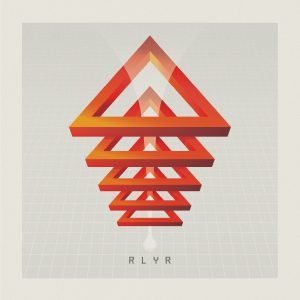 Ok, let’s get a couple of things out of the way right off the bat. Firstly, this is the shit. It’s great. Secondly, it’s a great summertime album and it’s the midst of winter here down in the antipodean areas, which makes for an interesting contrast. Thirdly, I need more of this. Way more.

This debut release carries with it a fair degree of pedigree, production and expectation, and it’s not hard to see why. When you have Trevor Shelley de Brauw (guitarist for Pelican), Steven Hess (drummer for Locrian) and Colin DeKuiper (bassist for Bloodiest) lining up, it’s pretty much guaranteed to be a corker. And this doesn’t disappoint. It’s loud, rollicking, atmospheric, fuzzy, heavy, stoner-ish, crisp and most of all – joyous. This is music made for love and for fun. There’s no real pretension here, just a sense of three guys kicking ass, taking names and enjoying one of the most beautiful things humans can do – create something special.

Things kick off with ‘Slipstream Summer’, and lo, what an opening. With a 70’s style reverb intro we’re immediately in the main riff, a glorious, fuzzy guitar line and super crisp drumming. It forces you forwards, while the bass line weaves around it… In a major key. That’s right sports fans, a major key. It’s happy. Uplifting. This is ‘drive with the windows down and the stereo cranked to 11’ music. The layers of guitar wash around you while the almost military style drumming propels you forwards, the bass this low, chugging beast pulling you along. Then about 4-ish minutes in you get a breakdown before…. Abject bliss. It peaks in a fucking tidal wave of happiness, high guitar melodies, fuzz, snappy drumming and musical resolution to the preceding minutes. It is simply beautiful. Its beautiful noise at its finest. And yet it keeps building and building, wailing guitar climbing ever upwards before it falls together, resolving back into the main riff, some punchy drums providing a counter/coda as the track slowly ends. It’s like a homage to everything fuzzy about the 70’s, and I can’t get enough of it.

We then move right into the title track, ‘Delayer’. This is a more abstract, atmospheric number, all swirling guitars and ride cymbal work as guitar layers build up around you until with a bass rumble the track settles, becoming almost a 70’s homage to kraut rock or motoric, shades of Neu all over again. Sounding just like a classic jam track it’s hard not to close your eyes and be swept away with it, imagining a smoky venue, walls of speakers and waves of sound washing over you.

Then it’s time for ‘Reconductor’. This is probably the most ‘down-the-line’ track on the album, with a sludgy riff beginning the track as it lurches forwards, almost atonal and dark, until the main melody for this section kicks in. Instantly it’s all sunshine and summer as the fuzz builds around you, some excellent slap bass adding to the overall vibe until we get a breakdown that’s equal parts Dinosaur jr. and Smashing Pumpkins. Nineties are back, but only briefly as it builds slowly, gaining momentum and urgency, fuzzy guitar peaking with the toms until a glorious stoner rock riff explodes through the track. And again – melody. Sunshine. And with a wail the guitar kicks it all back in, the drums restrained but powerful, the bass chugging away happily. It then swirls, hiccups and builds once more, towards a peak almost as joyous as the first track, eternally building over and over until it all decays and collapses back into a code of the first riff. Great stuff.

Last up we have the opus – ‘Descent of the Night Bison’, a 23 minute epic. Just this track in itself would be an amazing debut EP for most groups, but here it fits, works and actually leaves me wanting more. Beginning with slow, smooth and unhurried textures and sounds, we get a bright but restrained melody come in over some melodic drone. This is a slow Sunday morning beginning, rolling out of bed and pulling back the curtains. It’s in no hurry, and nor should it be. Around 4 minutes in the lull is broken by a couple of jangly power chords, but still, restraint is the order of the day. It trickles and decays around you, slowly subsiding as if the track is ending, when it’s actually just beginning. Some slow, subtle floor tom work brings in a clean guitar riff, a marked change from all the fuzz that’s come before. It’s in no hurry to get where it’s going, just taking the scenic route and almost seeing where it ends up. Then about 9 minutes in we start to get the main riff of the track, a semblance of fuzz colouring the guitar as it repeats, the restrained drumming sometimes raising in volume, sometimes not. This all continues for a while until it explodes a few minutes later, crescendo-ing again and again and again as the layers build up on each other. There is a simply mammoth amount of power chord and crash cymbal here, until it breaks and that glorious fuzz comes back in. Oh lord, that guitar tone. It’s like everything good from the 70’s and 90’s in one guitar. Then it descends into a loose riff, melodic, messy bass and guitar being able to let loose as the drumming propels the track forward. Then with an almost Sonic Youth level of feedback and one last flourish of melody, it dissolves slowly upon itself, leaving you to wonder what just happened.

This is a great release, and absolutely one that I’ll be bashing out at loud volumes over summer, or the next sunny day. My only complaint is that I want more of it. It’s not enough…. And that’s a pretty good complaint to have. I also can’t wait for this on vinyl. It just HAS to be on vinyl. Has to. And far be it from me to go against that. In short, kickass. More please.