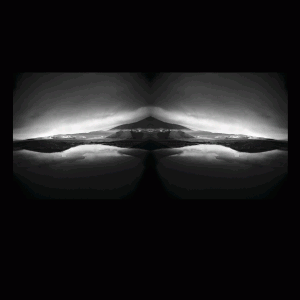 Bristol musician and composer John Scott, aka Stereocilia, has self-released his new album. It’s a sometimes hazy, always pretty testament to the power of ambient drone. Or is it post rock? I don’t really have the right words to convey exactly how this music flows through my brain. It’s a pleasant pastime, and I can imagine myself lazing by the banks of a slowly meandering river.

The song titles even lend themselves to this imagery, ranging from “The River” to “Drift” and “Lost in the Ether”. It’s superb background music, but it also stirs up visions and feelings. John uses his guitar, analog synths and live looping techniques to create dense, rich layers of sound. The music is warm and feathered with multi-hued, layered soundscapes.

Each song (there are 5) is long and consists of drones (sometimes multiple drones laid on top of one another) and slowly pulsating tones. “Drift” is the ultimate drone, right to the 4:50 mark, then it all becomes rather trippy. “Lost In The Ether” is a pastoral drone with repeating notes lulling the listener into a dream.

Then it builds up quite dramatically into a buzzing finale. “Infinite” at 13 minutes, starts off like a sonic test pattern with hardly any variation in tone. It is darker than the other songs, and throbs in your head like the start of a migraine. Creepy electronics skitter underneath the drone and lend interest to the proceedings. Call it a soundtrack for a dark, airless movie and you start to understand. Guitar enters the picture at just under 9 minutes and stirs the inky darkness even further. The closing track “Sustain/Release” is sprightly and ornate by comparison, and its brief (only 8:18) interlude is a welcome relief. And it’s also my favorite track here, since it is tinged with psychedelic flourishes.

Recommended for all fans of ambient drone music with overlays of post rock.