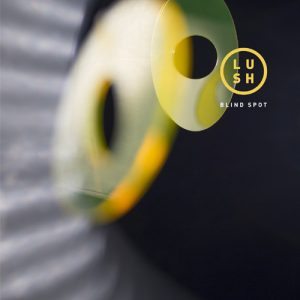 It’s been a round twenty years – two entire decades – since Lush‘s last new material was released, in the shape of 1996’s well-received album Lovelife. After years steadily building a following with superb live shows and three increasingly confident and powerful records, it seemed that the Britpop-infused Lovelife could be the record that finally boosted Lush into the upper echelon of hugely successful bands like Pulp and Blur. Unfortunately, it was not to be. A gruelling touring schedule, put together in a bid for the band to break through in America, took its toll on the band; finally, the band’s drummer Chris Acland tragically took his own life. He was only thirty. Heartbroken and unable to think about continuing on without him, the rest of the band unanimously called it a day. It was a desperately sad end to one of the best British bands of the nineties.

Late last year, when the surviving members – Miki Berenyi (vocals/guitar), Emma Anderson (vocals/guitar) and bassist Phil King, with long-time friend and ally Justin Welch of Elastica on drums – announced that Lush were re-convening once more, there was an enthusiastic response from the bands fans, who never went away. Perhaps they, like the band members, always felt that the Lush story had been interrupted long before its natural end. For all the excitement, though, there was inevitably some trepidation. Whilst it was unquestionably great to see the band return, what would they sound like, twenty years later? Would they pick up where they left off? Would their new music be very different to their previous work? Bluntly put, would the same fire and emotion channeled into Lush favourites like ‘Light From A Dead Star’, ‘Desire Lines’, ‘Sweetness and Light’, ‘De-Luxe’, ‘Monochrome’ and many, many others still be there?

Happily for everyone involved, band and fans alike, the answer is a resounding “hell, yes.” It may be twenty years since Lovelife, but on the basis of Blind Spot, there is clearly plenty of life left in the good ship Lush. Perhaps intriguingly, however, Blind Spot doesn’t really feel like the natural successor of Lovelife. Instead it feels like a hybrid of the drifting beauty of their earlier material and the more hookier, more direct sound that the band experimented with on Lovelife.

The four tracks on Blind Spot all have very different feels. Opener ‘Out Of Control’, a diffuse cloud of guitar supporting Berenyi’s dreamy, yearning vocal, picks up where the band’s debut album Spooky left off, the sweetness of the gentle, swaying melody belying the stormy passions of Berenyi’s tale of warring lovers. The fierce, but fickle and unpredictable, nature of young love is examined in mortifying but sympathetic detail, as a lovesick Berenyi croons “Can’t understand why you won’t take my hand / Out of control and you hurt me so much /  Feeling I’m falling, no hope and no warning / Out of control, but I love you so much.” There’s a deep understanding and empathy in Berenyi’s words, and the song will have you rooting for the protagonists in record time. It is, in short, a thing of beauty, and quintessentially Lush in tone and feel.

‘Lost Boy’, meanwhile, is the band at their most spectral and desolate. The icy wash of guitar and haunted house piano supports an unsettling lyric, delivered in hopeless, rabbit-in-the-headlights desperation by Berenyi. The presence of the ghost of Chris Acland, floating in the mists just out of reach, is plainly evident. “There’s a face I recognise / Seeing you again is such a lovely surprise / Beckoning me with your smile“, sings Berenyi, and you can almost feel the wonder of that recognition in her voice. “I feel your fingers slipping out of my hand / Now I’ve lost you / Where to go to?” The dreaming Berenyi is always struggling to catch Acland’s restless spirit, and as she strives to catch him, there is a heartbreaking echo of the aching loss and self-castigation Berenyi and her band mates evidently still feel concerning the circumstances of Acland’s passing. “I should have never let you out of my sight / Desperation deep inside you“, wails Berenyi. It’s a genuinely tear-jerking, heart-in-your-mouth, unguarded moment that speaks deeply of the band’s affection for their fallen compatriot. ‘Lost Boy’ is the perfect memorial to Acland; a tribute that only Lush could have written, deeply felt and intensely moving.

‘Burnham Beeches’ is altogether more forthright, its horn fanfare and thudding rhythm both warmly nostalgic and poignantly bittersweet as Berenyi sings of fleeting teenage love. Lush always were masters at capturing that specific feeling of being overwhelmed by inexorable forces only dimly understood, be they longed for or dreaded. The romantic, feel-good rush of this song evokes the carefree spirit evinced on the sunnier moments of Lovelife, yet there is a vein of melancholy, as if the protagonist realises all too keenly that things are too good to last.

The EP closes with the unsettling ballad ‘Rosebud’. Speaking of the thin lines between peer pressure and bullying, and of the pressure on the young to conform to expectations, Berenyi sings from the viewpoint of a parent, or a protector, a role she has adopted again and again within her writing. Knowing the toll taken on her charge, ‘Rosebud’ is a warning to the offenders, a revenge not yet taken, lingered over in sinister, yet entirely understandable delight. “I am holding my breath / Closer to death / Waiting for a chance / Sleep now, lie in your bed / That’s when I send my curse into your heart“, Berenyi glowers, before describing her vengeance in horrifying detail. “I will pluck our their eyes / Throwing their worthless gift into the fire” she sings with terrifying intensity, before delivering her final warning.  “A drop of blood is all it takes / To stop your heart and seal your fate“. The first half of the song is delivered over Anderson’s mesmeric guitar, but the song builds steadily in intensity, with a thudding heartbeat drum pattern and shivering, swooping strings providing a final, wonderful flourish.

Blind Spot is everything fans could have hoped for. It’s as if in returning, Lush have distilled the essence of their previous work into this new EP and are using it as a touchstone, a launchpad from which their future work will spring. There’s a maturity here that only twenty additional years of living can provide, but the essence of Lush’s unique sound remains, undimmed by time. The band have stated that they plan to record a new full-length album and that they hope that there is plenty of music to come. Let’s hope they’re right, and that the Lush story will have the happy ending everyone so richly deserves after all. The upcoming live shows should be a joy indeed.