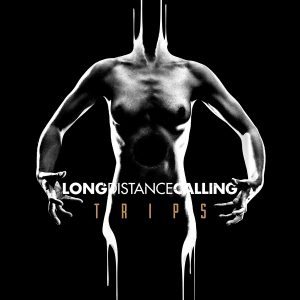 “We all have our time machines don’t we, those that take us back are memories, those that carry us forward are dreams.”

So proclaims the narrator’s voice during the mid-album intermission of ‘Presence’ and is rather apt, not just in the concepts Long Distance Calling explore in during new album Trips, but also in terms of songwriting as they both hark back to their post-rock ‘trademark’ while stepping forward into new territory.

As such regular listeners hoping for a retread of familiar expansive instrumental soundscapes found on their breakthrough albums Avoid The Light and self-titled Long Distance Calling maybe a little disappointed at first, as although many familiar elements are in place they have followed the signposts laid out in The Flood Inside into a more concise enterprise.

However the change in direction reaps dividends as at the end of the day this is still a really great album that is packed full of great songs whilst retaining their intrinsic sound (and also about half of the album is still instrumental in nature so…).

The appropriately named first track ‘Getaway’ starts proceedings with a journey through the 80’s mainly with its sci-fi synth heavy passages, all very chilled out until suddenly interrupted in the midway point by a big funky style bass line and, is that the riff from ‘Hot Blooded’ by Foreigner?

‘Reconnect’ is the debut of full time new vocalist Petter Carlsen and is the most striking change in direction as his clean melodic style along with the straightforward quiet/loud dynamic employed by the band here has a very post-hardcore feel to it, even in the mild crescendo that closes out that showcases his impressive range. This is also showcased on the much more reflective and subdued ‘Rewind’, the main building block being his vocals and a piano line with only a minor (yet delightful) build-up in the music itself.

‘Trauma’ is an entirely different kettle of fish, an instrumental track that’s central pillar is a hulking metallic RIFF that stomps along with a hefty groove, although it counterbalances this with the album’s first proper foray into full on post-rock, as the RIFF gives way to allow melodic guitar noodling to gain a foothold in the track before it storms back into the fray as a base for the melodic guitars to really erupt into glory. This is followed by ‘Lines’, which carries on the metallic vibe with an energetic and fast-tempo central riff for Calrsen to croon over amongst the more post-hardcore dynamics of the track.

After the short interlude track mentioned at the beginning, ‘Momentum’ marks a return to the 80’s synth and funk sound found on the opening track, but does then takes a foray into prog before breaking out into another full post-rock crescendo that’s very similar to the melodies found on Avoid The Light. This is followed by ‘Plans’, which has a power ballad feel to the first half, but then the second half suddenly goes off on a tangent of building riffs and epic guitar solo.

Most of the tracks on the album clock in around the 4:30 mark on average, but the finale ‘Flux’ is a twelve minute epic of instrumental post-rock that cherry picks the best parts of their career so far with a multitude of time signature and dynamic changes.