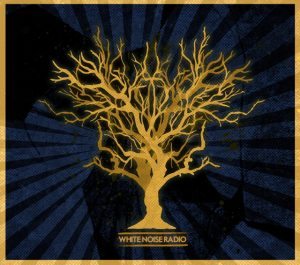 It’s a bit of a standing joke amongst the E&D writers that some bands make themselves so hard to Google search. Mostly because of strange spellings, symbols or generic words. White Noise Radio on the other hand share their name with an actual white noise radio station. It turns out that some people actually tune in to listen to white noise…probably some of my fellow writers. For clarity, White Noise Radio, the band, are a post-rock/alternative band from the UK who have just released their eponymous début EP.

On the first listen I was immediately reminded reminded of various Antipodean post-rock bands such as Butterfly Effect, Karnivool and Dead Letter Circus. White Noise Radio though are a four-piece hailing from a little bit closer to home, Bristol. Other influence are there (Incubus, Perfect Circle etc) but the main influences are strong.

The EP opens with the seemingly obligatory film dialogue over music clip. These style clips seems to be all to prevalent on post-rock albums. I don’t really know what it adds to the experience.
Regardless, WNR produce dense, layered and complex music. Tracks such as ‘Dirt’ has a heavy, chunky opening riff but where things become really effective is the mix between the two guitarists, one keeping tight rhythm and the other creating melodic layers on top. This is used to great effect on ‘Cellar Vision’. The effects are stunning and as with the whole record is is wonderfully produced and recorded.

There is one thing that isn’t that great is the the vocals. On some tracks the vocals can sound weak against the deep and complex music.Vocal harmony is used well however on ‘Dirt’ and harmony and some distorted vocals on ‘Mask of a Burning Man’ add something extra. Having not seen the band live it’s hard to tell if it is the production or not.

White Noise Radio are an exciting and dynamic band producing complex and interesting music. ‘Mask of a Burning Man’ is a fantastic track and could stand with tracks from far more established bands. One thing, the band have a track ‘Desert’ on their Vimeo channel, this is a great track with an immediately memorable riff. Strangely this is not on the EP. Maybe it will be saved for their début full length LP?