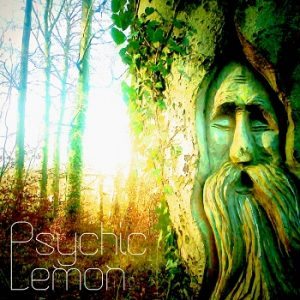 If you have ever wondered what a cross between Primal Scream, Amon Duul and Jethro Tull sound like then Psychic Lemon may just be the band for you. A curious amalgamation of sounds, their entire album is akin to freewheeling out of the cosmos on a wave of flutes and thumping bass lines. Throw in a huge dose of Bobby Gillespie style vocals circa Vanishing Point and you have an album fit for the title of most stupendous psych release so far this year.

Right from the off Psychic Lemon throw everything at you but also make sure it is sublimely funky and melodic. It’s like some lost relic from the 70’s which turns up at boot sales once in a while inviting you into the mysterious workings of an underground band. That they are from Cambridge only adds to that sense of mystery and one can only imagine what wonders lie in their record collections.

It’s almost as if everything good in the funk and psych underground has been subsumed into one delicious package as the exciting ‘Death Cult Blues’, all raging funk and dropped down beats explodes into the laid back ‘Good Cop Bad Cop’ which simply oozes class unlike a band has done for a long time. They may be psych aficionados but they are certainly not the general shy muso, here the characters shine full and you get a sense of playfulness about the band.

For all it’s chaotic nature and lean towards a party atmosphere, there really is some superbly tight musicianship going on here. If its running a tight kraut groove or rolling out some spindly guitar solo, it’s all held together by an innate sense of when to hold back and when to let go. It’s not something that can be dished out and can take years of practice. When they lean towards more chilled out far like Analogue Summer which instils that essence of Barrett-ness from Piper At The Gates Of Dawn you really have to admire them.

There’s not much more to say about this album other than you would be a fool to miss it. Whether psych, krautrock or funk is your thing there is something for you here. In fact, if you like your music thrilling, exciting and downright danceable then you need to get on to this. It may not last the long haul when it comes to considering the great albums of this year but it sure as hell will be the one you remember for giving you the most fun. An unmissable treat.