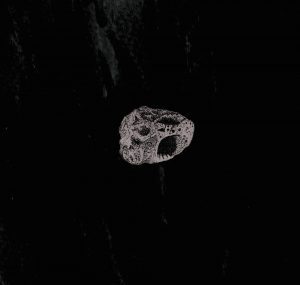 I have noticed recently, I say recently, I mean within the last 3 or 4 years, that there is a resurgence in doom bands, worshippers of the riff, horrible sludge riffs, steeped in static and reverb and played through the latest Big Muff from mother Russia. Riffs that take the torch from forefathers, lighting candles and kneeling before the altar of Pike and Iommi. Unrefined and unrelenting and loud as hell. Heavy, if you will. And then there is Bismuth.

Bismuth are a two piece band consisting of bass and drums. Bismuth take elements of drone, of doom, of prog, of metal and of ambient music to create something that is heavier than anything that I have heard or felt in quite some time. Unavailing makes me feel like the first time I heard the likes of Sunn O))) and Khanate, unsettled and elated in equal measure, it leaves me with an overwhelming sense of melancholy. I don’t need an intervention, I am okay. For fans of “The Riff”, you needn’t worry, there are riffs, riffs that could freeze the earths core and destroy mankind as we know it.

Opener ‘Tethys’ is 15 minutes of sublime, thick tone that suffocates you, drums that batter you, vocals that make you genuinely terrified, an absolutely punishing attack on the senses. From there I was readying myself to be strangled into submission for the next 40 odd minutes of drone doom. Which at this point I am okay with. However, the next song on the record is one of the most beautiful songs I have ever heard. ‘Of the Weak Willed’ starts with strummed bass chords, so quiet that you can hear the air in the studio between chords, the scrape of fingers on strings, such a natural ambience, stark and devastatingly beautiful. Again, I am waiting for a sudden squeal of feedback and cymbal crashes to guide us down the path to oblivion, but no, subtle drums enter the piece after a couple of minutes, rolled toms, quiet and precise that usher in a slow beat that leads the song forward, with hushed whispered vocals that add yet another beautiful texture. After 12 minutes Bismuth up the volume, but keep the chords and beat at the same meandering pace, the quiet ambience gives way to thick bass tone and howled vocals, such a natural progression and a perfect ending to the piece.

Next up ‘The Halocene Extinction’, a low key bass riff rolls in under minimal drums, I have to say that the musicianship on Unavailing is incredible, every note, chord and beat are perfectly placed, but without being contrived in the slightest. ‘The Halocene Extinction’ bursts into life after 5 or so minutes with more monolithic heaviness, it is the perfect follow on from the last piece and shows yet another side to Bismuth that hasn’t been shown on any of the first two offerings here. Album closer ‘Solitude and Emptiness’ straight off the bat is an aggressive slowburner with battered drums and a powerful sludgey riff. The song is the fastest of the four songs on the LP, well at least for the first few minutes, before the duo manage to seamlessly turn it on its head, slowing the whole piece down to a devastating and epic finale.

The British heavy music scene is in very good shape at present. While I am not going to namecheck bands, there are a select few that push the envelope of what “heavy” is and what it can be. Unavailing is a record that will take me a while to get over and leaves me with absolutely no doubt that this is the benchmark which all others should aim for. All hail Bismuth.