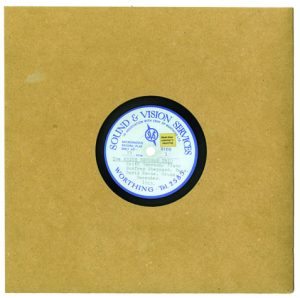 Released on November 6, 2015 via Emersongs

Keith Emerson, one of progressive rock’s most influential keyboard players, is most notably known for the music of and the success with his bands The Nice and Emerson, Lake & Palmer during the late 60s and 70s. This new, self-titled release by the Keith Emerson Trio however isn’t showcasing a new band; it goes way back to the very beginning of his recording career, actually being a private recording from December 1963, released on CD for the first time, following a limited vinyl edition.

This jazz trio features Emerson on piano, Godfrey Sheppard on double bass and David Keene on drums. Basically a home recording from Emerson’s parents’ living room, it shows three teenagers trying to find their way musically. Although those recordings don’t have anything to do with the Hammond- and Moog-driven prog rock songs Emerson later recorded, they already hint at the blues, jazz and rock’n’roll tracks and improvisations he would later incorporate in his bands’ albums and concerts. The seven short songs are mostly jazz and blues standards as well as two Emerson originals.

The sound quality of this release is surprisingly good, considering the age and the equipment used for these amateur recordings: just one microphone and a reel-to-reel tape recorder. Still, it is more or less a bootleg of the better kind. This release is something for the fans and prog die-hards, but it is a nice glimpse at Emerson’s very early years as well.