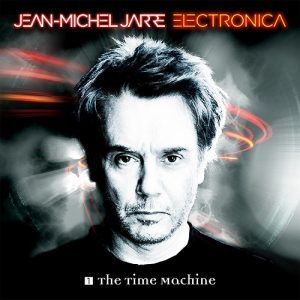 Jean-Michel Jarre’s last album, 2007’s controversial Téo & Téa, divided opinions among his fans quite sharply. The album, heavily influenced by the club scene, saw Jarre at his most dancefloor-friendly and straightforward: so much so that fans who had lapped up Jarre’s heavily textured and more experimental records such as Oxygene and Equinoxe openly accused Jarre of making music that was beneath him. Clearly stung, Jarre later admitted that releasing the album in its eventual form might have been a mistake; but for all the bridge-mending with a certain part of his fanbase, it’s hard to feel that Jarre’s relentlessly exploratory creative spirit truly wanted to recant his latest work. The constant touchstone in Jarre’s back catalogue is one of unapologetic sonic adventuring, constant boundary-pushing. The fans who ridiculed Téo & Téa for being too rooted in pop, too oriented towards the mainstream, managed to overlook that Jarre had never made an album like it before: for Jarre himself, Téo & Téa was unexplored territory. Jarre had never been afraid to make albums that sounded little or nothing like their predecessors, even if some of the musical stylings were unmistakable. One would have imagined that his fanbase might have been used to Jarre’s chameleonic nature and willful diversity by the time Téo & Téa was released, but the album’s largely hostile reception served as a reminder that listeners are seldom as tolerant of stylistic shifts as the musicians making them are.

Jarre chose to spend much of the next five years taking his music on extended arena tours of Europe, before returning to his studio to begin a new project. Almost typically of Jarre, the project – subsequently entitled Electronica – grew in size and scope considerably, and has spawned not one but two releases, of which The Time Machine is the first, with the second to follow next year. Jarre has frequently chosen to collaborate in the past, but never so extensively as here, with no less than sixteen collaborators working with the Frenchman, one for each track on the album – next year’s second volume seems set to follow the same pattern. It’s a diverse and intriguing mix of collaborators: all colours of electronic music are represented, from the urban edginess of France’s Gesaffelstein and Massive Attack’s 3D, to the classic trance sound of Dutch DJ Armin van Buuren and the electro-pop of Little Boots. Crafting an album with such a varied list of collaborators, and ensuring that it has a unified feel and flow, must have been a daunting task, but it is one that Jarre has risen to with some style.

Some of the material here feels like classic, vintage Jarre: his collaboration with French electronic duo Air, the elegiac ambient ballad ‘Close Your Eyes’ feels like a creative marriage made in heaven, as does the shimmering ‘Glory’, penned with another set of fellow Frenchmen, M83. It also comes as little surprise to see ‘Zero Gravity’, Jarre’s collaboration with the sadly now deceased Edgar Froese of Tangerine Dream prove so successful: a blissful interplanetary voyage that could so easily have been just the tip of the iceberg had the two pioneers been able to work together again; the sense of what might have been is palpable, and the track is one of the true highlights of the album. Another perfect fit is with Erasure’s Vince Clarke: Jarre and Clarke’s styles mesh perfectly and the resulting two-part mini-anthem ‘Automatic’ is a Eurodance joy in the same vein as some of Jarre’s previous most radio-friendly work, such as ‘Fourth Rendez-vous’ and ‘Chronologie (Part 4)’. It’s not just about the notes being played, though, but also the classic feel Jarre has employed in recording them. A glance at the album’s sleeve reveals a list of vintage and modern gear that will have gear-heads salivating in delight, and some of the instruments have instantly identifiable sounds that will have dedicated Jarre fans giggling with delight. For instance, halfway through the opener ‘The Time Machine’ – written with another unexpected collaborator, German-based Boys Noize – fans will note with some delight that Jarre is employing his much-loved laser harp. Such stylistic flourishes may be born of Jarre’s self-confessed gear geekery, but as he is insisting in interviews, his collaborators here are as geeky in their turn.

Jarre is nothing if not an agent provocateur par excellence, however, and The Time Machine contains a few tracks that are already serving to divide opinion amongst his listeners in much the same way as Téo & Téa did nearly a decade ago. The result of Jarre’s collaboration with Little Boots – who he approached to work with after he saw a YouTube clip of her playing a laser harp, an instrument Jarre did a great deal to popularise, only to discover that she had recorded her debut album in her kitchen, much as Jarre had recorded Oxygene in his – is the perky electro-pop ‘If..!’, a whimsical and instantly memorable number that already has the more conservative elements of his fanbase raising their eyebrows. Similarly, Jarre’s co-write with Armin van Buuren, ‘Stardust’, is proving controversial with some listeners, as if the very notion of Jarre “going Trance” is somehow inherently beneath him. ‘Stardust’ is, however, strikingly effective, an utterly joyous and addictive track that openly displays its mixed DNA but never feels contrived. Jarre’s willingness to experiment with new styles and adapt his inherent musical strengths to new influences is well-known, but rarely has it been so well showcased as it is here. It is perhaps a pity that some of his listeners seem unwilling to set aside their musical prejudices, when Jarre himself seems simply not to have any.

As with so many of Jarre’s records, however, it is the deep cuts that are his secret weapons. Whilst many of the tracks are instantly memorable and highly melodic, there are tracks that reveal their strengths more slowly, seeping into your subconscious more insidiously. Previous collaborator, vocalist Laurie Anderson (who lent her vocal talents to Jarre’s Zoolook album back in 1984), serves up a typically unorthodox collaboration in the shape of ‘Rely On Me’, her disembodied but unmistakable tones serving as a seemingly Siri-inspired treat floating on a background of woozy electronica that could only be Jarre. Elsewhere, legendary pianist Lang Lang provides ‘The Train & The River’ with a gorgeous, bittersweet melody, whilst The Who’s Pete Townshend bellows along with the propulsive ‘Travelator (Part 2)’ and Fuck Buttons provide an entirely typical and fearsome electronic undertow to the brooding ‘Immortals’. These are tracks that may not make the more instant impact of some of the other material, but which become more impressive on further listens, demonstrating just how instrumental Jarre’s sure hand has been in crafting this material, born from working with an array of very different collaborators, into a cohesive and satisfying whole.

Electronica 1: The Time Machine is, in short, a triumph. Instantly engaging, but also blessed with material that holds the interest long after that first listen, it’s also an album that is surprisingly cohesive, and is all the more effective for it. Jarre envisioned the Electronica project as a journey through time, showcasing the ever-developing diversity of styles within electronic music, a broad spectrum of musical genres which he himself had a pioneering hand in. That this first volume so effectively does just what Jarre hoped it would is a testament to the huge goodwill surrounding the project, evidenced by the enthusiasm of Jarre’s collaborators which leaps out of the speakers, and by the evident love and care Jarre himself has lavished on what is clearly a hugely personal project. This is nothing less than a love letter to a genre that simply wouldn’t exist in its current form without Jarre’s input. The bold, boundary-breaking invention of Jarre’s early days may always be what he is remembered for, but this album demonstrates that Jarre’s unquenchable creativity is alive and well. Long may it be the case.