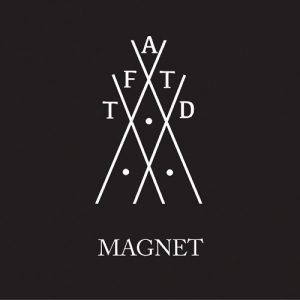 A note in the sleeve of this EP says simply, “Thanks to everyone who has helped to start the cult.” However, The Fierce And The Dead are in real danger of becoming something more than mere cult favourites. The band formed in 2010 after working together on sessions for guitarist Matt Stevens’ second solo album (the critically-acclaimed Ghost), and three EPs, two well-received albums, and some extraordinary live performances later, have begun to begun to carve out a wonderfully strange niche for themselves. Musically eclectic and unpredictable, they are one of those all-too-rare bands that delight in confounding expectations. Juxtaposing wildly different musical influences with a sly smile and evident relish, they’re as likely to go off on wild progressive rock tangents as they are to deliver heads-down punk numbers; as keen on meditative pseudo-ambient pieces as they are on thunderous metal riffing.

This latest EP comes mid-way between their second album, 2013’s Spooky Action, and their upcoming third album (as yet untitled). Drummer Stuart Marshall describes the band’s new material as “fucking terrifying”, which augurs well. In the meantime, however, the Magnet EP provides listeners with a snapshot of the current-day band. It manages to be simultaneously reassuringly familiar and indicative of the band’s increasing confidence and willingness to test their ever-shifting boundaries.

Magnet is comprised of three new songs, a re-recorded version of an old TFATD favourite, and a “rehearsal version” of another favourite. The first of the new songs is opening track ‘Magnet In The Face’, which comes across like nothing more than an instrumental from the early days of Iron Maiden, a riff-based rocker with chunky dynamics underpinned by a restless rhythm section and a roaring end section which sees both Stevens and fellow guitarist Steve Cleaton laying down suppressing fire as they beat a retreat. In typical TFATD style, it gets in, says what it needs to say and gets out again all in under two minutes, but is none the worse for its brevity.

‘Palm Trees’, the second new song, feels much friendlier at first. What starts out whimsical and amusing – complete with unexpected vocal interjection (“Palm trees!”) – finally takes a darker turn, as churning guitars build on the framework of the song, transforming it into a sludgy, metallic vortex.

‘Flint’ will be familiar to existing TFATD fans, having opened the band’s debut album. Here it is revisited by a band who treat it with a defter hand. It opens like Saucerful Of Secrets-era Pink Floyd, with a cascade of cymbals and queasy bass. The light soon breaks through, however, and the track sets off over a trundling drum pattern, the gentle atmosphere shot through with beams of sparkling guitar. The bass is really the lead instrument here, Kevin Feazey’s warm, overdriven tone drawing the rest of the track behind it like a train. An effect vaguely reminiscent of ‘Baba O’Riley’ slowly develops over the course of the track, the whole making a strikingly melodic contrast with the first two tracks. As an updated version of the original it works well, whilst also showing how much the band have developed since they recorded the original version.

The last of the new songs, ‘Part 6 (The Eighth Circuit)’, opens with a haze of guitar and forbidding, cavernous bass, which form the backdrop for a surprisingly affecting guitar-led instrumental piece. It’s almost like a post-rock version of Eno’s ‘An Ending (Ascent)’ for its first two minutes, before the tension is broken by the introduction of a drum track (craftily assisted by some sliced up and backward-sampled percussion), only for the track to steadily dial up the tension once again, to a euphoric finale. It’s wonderfully atmospheric and evocative, the sun slowly rising over the horizon, dispelling the darkness. For all its simplicity, it’s one of TFATDs finest bits of musical craft.

The EP closes off with a “rehearsal recording” of recent favourite ‘Let’s Start A Cult’, which is pleasingly raw and untamed. Feazey’s relentless fuzz bass is the star of the show, weaving back and forth like a Premiere League footballer on his way back to his hotel room, but the syncopated dynamics displayed throughout by everyone are impressive, and Stevens’ guitar melody that brings things to a conclusion is cheekily unhinged. Fittingly, the track doesn’t so much finish as just abruptly end, a haze of feedback, cut short following the final drum hit, is as much a part of the song as the actual melody.

For those fortunate enough to have pre-ordered the short-lived CD edition with bonus track (another CD pressing is to be made available, albeit without this extra track – a useful tip for the collectors out there), there is a further treat in store: another rehearsal recording, this time of the title track from TFATDs last album, Spooky Action. Where ‘Let’s Start A Cult’ was knockabout fun, ‘Spooky Action’ is rather more intense, playing its loud/quiet/loud dynamic for all it’s worth. The quiet midsection is effortlessly melodic, Faizey and Stevens’ interweaving parts playing off each other to great effect, whilst the riffy opening and ending wield a rhythmic energy that hints at TFATDs potential to bust some heads on stage.

Magnet is in some ways a surprisingly low-key offering. There is a sense of some of TFATDs restless energy held in check as they continue to explore the various elements of their sound. Some of their familiar, punkish energy is evident, but the often thoughtful atmospherics of Stevens’ solo work has seeped in. There is a greater sense here of planning, of musical architecture at work, for all the flashes of the band’s traditional spontaneity. Magnet sees TFATD continue to hone their craft and experiment with their musical framework; much as the EPs the band released in the aftermath of their debut album informed the musical progress evident on their subsequent album Spooky Action, so Magnet too is a harbinger of things to come from the band’s upcoming third album. It’s hard not to feel that they’re just getting started.