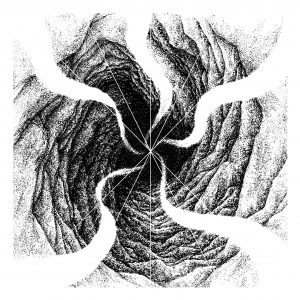 Released on September 4, 2015 via Invictus Productions

Anytime I get the chance to check out an Icelandic metal band, I take it. The smaller country is known for its innovative and interesting music, where there is no lack of musicianship nor expression. I had yet to hear Abominor (not to be confused with the now defunct Abominor from Brazil) so I was excited to check their debut album, Opus: Decay.

There are two solid songs that Opus: Decay comprises of. First, we start with an ethereal intro-based song, ‘474’. Soft, low growling and sounds introduce the song, making you think of a dark, grey place. Guitars slowly come in a slow manor, along the side of the drums. Not fast like how you would imagine a typical black metal song, but more of a post-metal song.

I appreciate every second of its true emotion. After several minutes, the vocals come in with raw deep growls that continue the emotion throughout. It reminds me of a blackened ISIS. Out of nowhere, the tempo picks up, straight into black metal drums and guitars. Chaos ensues. The intensity is still there, but taking you into a bigger abyss of blackness. The vocals are incredibly intense. It’s quickly starting to be one of my favorite singers in the metal world. Deep, dark and powerful.

The second song on the album is ‘Opus Decay’. Getting right into the fast drum beats and sharp guitars. There are quick break downs, temp changes, and a long break half way through the song. The guitars are killer. The high notes up front from the rhythm guitar create depth in the song. But the star of it all, is the drumming. Slow, fast, double bass drums, all on beat, perfect with the guitars, and fluid with any change up.

Across both incredibly heavy songs, something sticks with you – death, fire, and darkness. It truly evokes what black metal should be made up of. This album isn’t for the faint of heart. It’s intense and mesmerizing. I highly recommend this album.