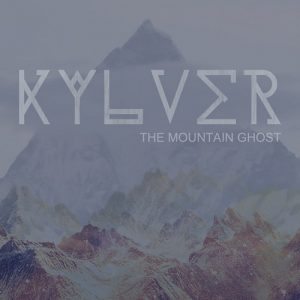 Newcastle-Upon-Tyne based quartet Kylver bill themselves as a progressive heavy rock/metal band, and based upon this, their first release, they appear to have hit the nail squarely on the head with that description. The band comprises bassist James Bowmaker, drummer Barry Mitcherson, guitarist Jonny Scott and organist Neil Elliott, all of whom acquit themselves extremely well here – but Kylver’s real strength is not so much their evident instrumental skill, but also their careful crafting of mood and atmosphere.

The Mountain Ghost is comprised of only four (albeit lengthy) tracks, only one of which clocks in at under the nine-minute mark. This is not the end of the band’s claim to the progressive tag, though: quite apart from the construction of the songs (of which more in a moment), The Mountain Ghost is that simultaneously derided and fêted of things, a true concept album, complete with a Lovecraftian storyline. It is also wholly instrumental, the story being illustrated purely with suitably atmospheric music.

Given a little over 38 minutes to set out their stall, Kylver set about the task with evident relish. An eerie organ motif opens ‘The Mountain Has Ghosts’, but the band waste little time before unleashing some feedback-drenched doomy slow-mo riffing. The general effect is of early Sabbath jamming away without Ozzy around to interrupt, with Elliott’s organ adding a spectral presence that falls almost exactly halfway between Jon Lord’s aggressive style and the atmospherics of Floyd’s Richard Wright. Doom with a twist, then: but about three minutes in, things become rather more intricate. A slowly building crescendo introduces a thundercloud of fuzzy guitar underpinned with that tremulous organ, producing a real sensation of unease. The track switches between this oppressive feel and a motif that slowly spirals upwards, dialling up the intensity, until the climax arrives with some tasty melodic lead guitar from Scott.

Second track ‘The Feast Of The Mountain Ghost’ is introduced with plangent piano and ghostly organ, and covers a great deal of ground over its ten-minute stretch. In some ways it’s the most impressive track here: whilst the opening track certainly creates a great atmosphere and builds tension well, ‘The Feast…’ is a rollercoaster ride, mixing slow grinding riffs with spiralling metallic riffing and Scott’s nerve-jangling trips up and down his fretboard, all underpinned with Mitcherson’s seismic drumming and Elliott’s tormented organ swells. In many ways, this track feels like the definitive statement being offered here. Kylver are undeniably masters of atmosphere, and the slow development of themes and motifs display a talent not just for knowing how to get stuck into a damn good riff when they hear it, but also the sort of painstaking colouring that typifies good soundtrack work. That the music is so beautifully atmospheric whilst still delivering some nicely chunky riffing and showboating solo spots is Kylver’s trump card.

‘The Dance Of The Mountain Ghost’ picks up right where the preceding track left off, with an explosive opening that gives way to a merry-go-round of dynamics as eerie periods of calm and icy organ collide with jagged, cascading riffs. There’s some especially ferocious drumming from Mitcherson as the track lurches into a brain-melting sequence of time changes that will delight prog fans: the general effect is reminiscent of Mastodon at their most forbidding. It’s almost a relief when the track abruptly collapses, spent – as the listener probably is themselves by this point.

After the fireworks of the two preceding tracks, the grand finale, ‘The Death Of The Mountain Ghost’ takes an entirely different tack, swapping the prog hi-jinks for heads-down, no-nonsense doom metal. Powerfully intense, this positively peels the paint off the walls: Bowmaker’s bass could stun oxen, and you’ll likely expect Mitcherson to destroy his drum kit every time he launches a new assault upon it. As the rhythm section level the titular mountain, Scott and Elliott deliver a closing salvo of blood-curdling effectiveness. In some ways, the closing tracks relative simplicity is its strength; there’s a strong sense that the band have wrung every last atom of power out of it as the track fades out on a cloud of feedback.

It’s worth making special mention of just how great The Mountain Ghost sounds. Kylver have opted for a very live sound, complete with feedback and a fuzzy, amplified tone that gives you the impression that the band are playing right in front of you. It also has a very loud and aggressive mix – it’s a very in-your-face sounding record. However, unlike many records which take this approach, somehow it still retains a clarity and polish which sadly all too often goes AWOL when bands take this tack with recording their music. It’s a very difficult balancing act to pull off, and it’s a testament to the band’s good taste and to the talents of Khünnt and Pigs Pigs Pigs Pigs Pigs Pigs Pigs man Sam Grant, who produced and mixed the album, that The Mountain Ghost sounds so good.

The Mountain Ghost is a superb piece of mood-building. It has an instantly appealing and addictive quality, and is best experienced at ear-splitting volumes. It could be argued that the album is samey to some degree; but as with many storytelling concept albums, it relies heavily on a specific sound and feel to evoke a particular mood. The album works on a two levels: superficially as a mood piece, and also as a treat in theme and variations for the more progressively-inclined. On that basis, it might be best suited for adherents of this particular style of instrumental, build-and-release rock and its crossover appeal might be limited. That said, if you’re a fan of Tool and/or Mastodon and you’ve not heard Kylver, or this record specifically, then you should make it your mission to do so – you’re likely to find a great deal to enjoy here.