(((O))) : Interview: Dan Briggs from Between the Buried and Me 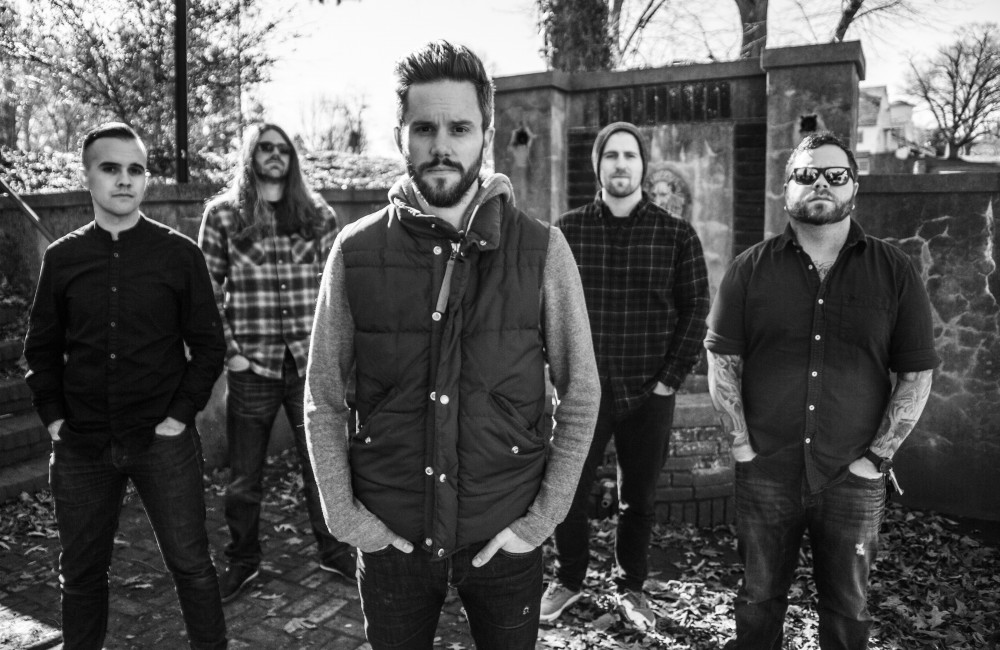 North Carolina-based progressive metal outfit Between the Buried and Me is the type of band that keeps on evolving and honing their skills with each subsequent record. Coma Ecliptic, their latest record, sees the band exploring new directions yet retaining their musical essence. Bassist Dan Briggs was more than happy to answer a couple of questions regarding the new album, his love for King Crimson and Queensrÿche and his secret to prevent stagnation in the creative department.

(((o))): Coma Ecliptic signifies a big step forward in the band’s ongoing musical evolution. Can you clarify this?

Dan: This is something we’ve been building towards for a really long time. We’ve played around to do this full-length concept album format for the third time in a row. Each time is a learning experience and you want to include new elements. With the Parallax records there were moments where the emotions of the leading character were really shining through and there were these definitive musical moments that went along with it. This was something we were really keen on tapping into again and explore this again combined with a bigger emphasis on the main storyline. This is especially true with the vocals and it was really fun to write music around this. Honestly, this was actually the first time we approached it like this and really produced some material this is really the next evolution of Between the Buried and Me. In that sense the new album is a big step forward.

(((o))): Can you give any specific examples of songs which represents the next evolution for you personally?

Dan: Honestly, most of them are. The songs we’ve released so far, namely ‘Memory Palace’ and ‘The Coma Machine’, are fairly representative. ‘The Coma Machine’ was a song written on piano as the basis and that something alone really made into something quite different in terms of feel and atmosphere. The guitar parts are used to create this orchestral type of setting to add a certain pulse at times. Both songs are good examples on which the focus is more on the melody with this progressive rock feel at the forefront.

(((o))): Now you mention it, there are some fairly strong King Crimson and Yes references to be found.

Dan: Yes, that’s exactly what I mean. These influences are a part of our music since the Alaska days, a good ten years ago. King Crimson is a particular big influence. We actually covered ‘Three Of A Perfect Pair’ in 2006. It’s always been there really, but it seems to become more dominant lately. It’s fun because it’s a big part of our musical makeup and it’s still relevant to us who we are as musicians at this point in our career.

(((o))): Another major influence is Operation Mindcrime by Queensrÿche, one of the most concept records in progressive rock today. What do you find so enticing about that particular album?

Dan: You know, I didn’t grow up with a lot of progressive rock music and 80’s type of theme rock. For me it was mostly Metallica and more modern stuff and afterwards I got into hardcore so fast. Metallica was pretty much the only 80’s metal band I was really into. Operation Mindcrime didn’t appear on my radar until my high school days. There was some stuff on it that I really liked and some other things I really didn’t like. For a while it was really a sort of guilty pleasures album. The production is so incredibly 80’s, like all the hair metal stuff. The drums are so incredibly triggered and a certain use of chords and everything. Nowadays I really love that. I really celebrate the album as this big chance the band took. Progressive rock wasn’t really popular in that timeframe and doing a concept album wasn’t commercially viable, yet Operation Mindcrime stood the test of time and it’s still the cornerstone of their set list when they go out and tour. That record is the one thing that will live on from Queensrÿche. They’re still around touring and writing music of course. But for me Mindcrime is the album that will endure. It’s brilliant and it has such a cool story.

I’ve been listening to a lot of other stuff as well, ranging from musicals to classic rock to classical music and everything in between. I was just obsessed while writing music for Coma Ecliptic with big conceptual works. Be it for storytelling ideas or ideas for arrangements. Writing a record like this is a lot of work. It’s not a straightforward stacking a couple of songs type of affair. Muse put out this concept record and I just listened to it. I’m not saying it’s a piece of shit and you get a sense it’s a concept album, but it sorely lacks the musical interplay that ties the whole together. The songs are connected by a storyline, but that’s about it. Don’t get me wrong here, I’m a huge Muse fan. I guess I just demand a lot out of them. We have fans that are like that as well and that’s okay. I just feel there are lots of things Muse simply dropped the ball on. Drones really lacks the musical cohesion that personifies albums like The Wall and Misplaced Childhood. Those album are bigger type of conceptual bodies of work and that was something we were really interested in achieving with our new record.

(((o))): Let’s discuss the backstory of Coma Ecliptic. What is the story all about?

Dan: Sure, it’s about a guy who gets into a self-induced coma and he traverses all these weird worlds over the course of four songs. At the end of the record he struggles with the fact he’s been in a coma his whole life. Everything he has known and seen it’s all been a fabrication. It ends with him miserably dying still searching for what kind of reality he wants to live in. We loved the idea of taking the story in a type of X-Files or Twilight Zone type of concept. Kind of rooted in this weird Science Fiction setting but there’s an emotional core to it as well. When you strip away all the big conceptual stuff and no matter how outlandish the story might be we wanted to write something that had a crashing core to it and that influenced a lot the musical themes we were writing.

(((o))): That’s exactly what I like about Between the Buried and Me. You guys challenge the listener to really go the extra mile in order to understand all the intricacies in your music.

Dan: True, but it’s a hard thing to put into words because writing this type of music is so deeply ingrained in our subconscious. It’s like dissecting a dream and asking yourself why you did certain things and why certain persons are there. It’s just weird. It’s basically hearing something and you’re reacting to it. With this particular album bigger pieces were written individually and expended upon. There was already a sort of vision coming in. We really conscious about the core of the songs and we made sure the whole fitted together within the overall concept of Coma Ecliptic. It’s fun to have a song like ‘The Ectopic Stroll’ later in the album, which goes in all directions, but it fits the nature of the song.

(((o))): Apparently the writing process was quite a struggle for some members within the band. What happened?

Dan: I don’t know who said that, but it was really easy this time around. I guess our singer had the hardest time because he had to come up with all kinds of different vocals in order to fit all the characters in the story and bring them alive. He also tried a lot of new stuff. We were really pushing him in a positive way and encouraging him to go the extra mile. He worked so well with Jamie King, our engineer. Jamie really helped him through the process when Tommy [Rogers, singer] was struggling to find his voice. He was trying out some new stuff and with so many characters he actually had quite a lot of new voices. It was almost like he was suffering from Multiple Persons Syndrome (laughs).

(((o))): Finally, you’re in the band for quite some time now and Coma Ecliptic is the band’s seventh album. How do you prevent this from becoming creatively stagnant or repeating the same musical routine?

Dan: For me personally I’m in so many different bands and projects. Between the Buried and Me is just one of my many creative outlets. I got Trioscapes, which is my freaky jazz/fusion group and I’m also in this weird rock group called Orbs. I’m working on a ton of other projects as well, which haven’t been announced yet. It all comes down to staying busy with different groups of people and when we get back to writing another Between the Buried and Me record every three or four years I’ve been through so many musical changes that it becomes to apply what I’ve learned in Between the Buried and Me. All the projects I’m involved with influence each other in a way. It’s basically a non-stop evolution for me as a musician and being in this band, it’s such a part of my DNA. We actually get bored playing the old songs live. We just like to do new stuff (laughs).