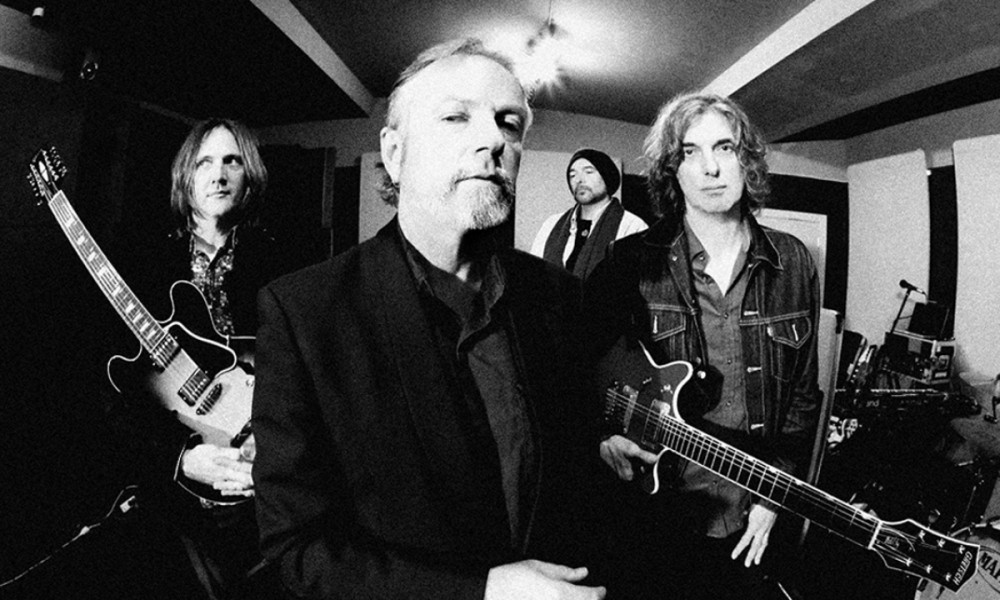 Sometimes being a fan of a band based overseas can be hard. So it is for British fans of The Church, who have had to watch for the past six years, teary-eyed, as the internet has been jammed with rapturous reviews of the antipodean legends’ live shows in Australia and the USA. They waited, as patiently as they could, for news of live dates for the UK, to no avail.

In the period since their last visit to British shores, however, The Church have been enjoying a career rebirth that most bands of their longevity can only dream of. The success of their album Starfish and its associated hit single ‘Under The Milky Way’ made them arguably the most successful cult band of all time in Australia, and MTV’s embracing of the song also granted them substantial inroads into the American market. The band’s regular tours of both territories in the years since reflect the successes of that period. Over in Europe, things have been tougher for them since the eighties became the nineties, but slowly, things seem to be turning around. Their last album, 2009’s Untitled #23 received almost unanimously positive reviews, and that trend has continued with the recent Further/Deeper, with many reviewers praising it as one of the band’s best records. This critical success, and the recent line-up change – with long-serving guitarist Marty Willson-Piper replaced with Powderfinger’s Ian Haug – seems to have galvanised them anew, and the band that walked onstage at the O2 Academy, Islington tonight brimmed with evident confidence before they’d played a single note.

The Academy is rammed with eager ears tonight. Whether this is because the band have been away too long and have been missed, or simply because their new album is sensational and jaded listeners old and new are once more paying attention, is hard to say; whatever the reason, it evidently delights frontman Steve Kilbey whose face lights with a smile before he even starts to sing.

Like the legendarily mercurial Kilbey, The Church are simply unable to pander. It’s not in their DNA, which may be at least part of the reason why they haven’t seen greater commercial success. Consequently, rather than open tonight’s set with a fan favourite, or a brand new track from Further/Deeper, they opt to open with ‘Is This Where You Live’, an eight-minute deep cut from their very first album, 1980’s Of Skins And Heart. Slightly re-tooled for The Church of 2015, the track builds slowly like some primordial ancestor of Led Zeppelin’s ‘Kashmir’ before a flourish from drummer Tim Powles puts the pedal to the metal and the song accelerates towards the finish line. As the song comes crashing to a conclusion, there is again a roguish smile on Kilbey’s face as he surveys the audience. He knows how potent his band are at the moment, and must also be enjoying The Church’s recent critical resurgence.

This highly effective but unpredictable choice of opener sets a pattern of sorts for the evening, as the band play through an unpredictable set which largely eschews notable fan favourites and hits for more exploratory album tracks and oft-overlooked songs which all gain a new lustre played by the revitalised band. There are nods to the band’s commercial successes – ‘Under The Milky Way’ is played (“Here’s the song you all lost your virginity to”, chuckles Kilbey), as is the chiming ‘Metropolis’, which seems not to have aged a day since 1990 – but for the most part tonight is very much a set for the die-hards. It would have been easy to seize on the band’s recent momentum and play a populist set, but that is never the way that The Church have done business. Their longevity has been largely built on taking their listeners on a musical and emotional journey – they’ve always been more about albums rather than songs; novels rather than short stories. The band are in their element, serving up the highly emotional ‘Operetta’, the driving, metronomic stomp of ‘Myrrh’, and perhaps most memorably ‘The Disillusionist’, a lyrically colourful song about a music industry demagogue that Kilbey throws himself into with abandon, stalking the stage, gesticulating wildly and building up an enormous surge of kinetic energy that he deploys later in the set, with the epic ‘Block’ a particular highlight.

Fittingly, Further/Deeper is well represented tonight, with one-third of the set dedicated to it. Even here, though, the band refuse to play it safe and play what might be seen as the obvious choices of songs from the album. Lead single ‘Pride Before A Fall’ is conspicuously absent, whilst the less-structured ‘Lightning White’ and the chillingly bleak ‘Toy Head’ form cornerstones of the set. Typically for this band, the material sounds considerably more muscular live than it does on record: of the new songs, this is especially so with ‘Lightning White’ – which develops an impressive space rock momentum, part early Floyd, part Hawkwind – and the main set closer, ‘Miami’, which builds magnificently but almost imperceptibly to a thunderous finale. It feels like the Academy is taking off, as if we are all strapped to the nose of a rocket. Arms are raised in rapturous salute, and faces involuntarily light with joy as ‘Miami’ spirals ever higher, somehow always managing to reach new heights long after it first feels that it must have hit its peak. As the song begins its reluctant descent to ground zero, there is an almost audible exhalation from the assembled faithful, who have witnessed something very special indeed. The applause at the end of the set is long and fevered.

There was never any real danger of the band not returning for an encore after that, and when they do return, it’s with perennial live favourite ‘You Took’ from the band’s seminal 1982 album The Blurred Crusade, which the band are about to play in full on tour in Australia for the first time. If this performance is anything to go by, they will blow minds: tonight the song has an explosive energy, and Kilbey’s intensity is matched by veteran guitarist Peter Koppes whose extended feedback-laden soloing, frequently right on the edge of white noise, is simply staggering. As the band leave the stage once more, the venue lit with blinding, flickering white light, the crowd collectively lose their minds.

Returning again, the band prepare themselves for one final onslaught as Kilbey thanks the audience and promises, to the audience’s evident delight, that the band will try not to take so long next time before returning to British shores. The band then throw another curve-ball by playing ‘Day 5’, a beautifully otherworldly track that sounds like a whisper after the tidal wave of ‘You Took’. In lesser hands it might prove anti-climatic, but Kilbey is well and truly in his element by now, and delivers a positively shamanic performance, even inserting a few lines from The Doors’ ‘The End’ and, um, Eddy Grant’s ‘Electric Avenue’, among others. As Kilbey reaches the last a cappella vocal line, the Academy erupts once again, and the cheering only gets louder as Haug plays the unmistakable guitar intro of tonight’s closer, the fan favourite ‘Reptile’. There are outbreaks of pogoing and uninhibited dancing as the delightfully venomous song rockets towards its guitar-fuelled finale, and the audience are applauding long before the inevitable crash ending reaches its conclusion.

Tonight was a victory for The Church. It’s not a flawless victory – early in the set, the Academy’s sonics swamped the wistful, elegaic ‘Laurel Canyon’ in lumbering bass, smothering its gentle beauty – but it’s as close to perfection as makes no difference. It’s truly magical to see The Church on such good form, some thirty-five years after the release of their debut album. Considering how uncompromising they have been in the years since their inception, it’s a testament to their belief in the music they are making that they are still with us and in such rude health. Untouched by musical fashion, as adventurous and as inspired as the day they first entered a recording studio, their creativity remains undimmed.