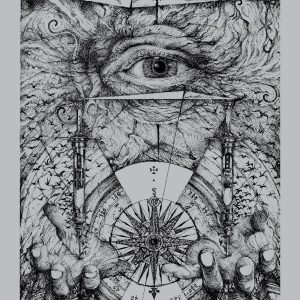 Released on March 31, 2015 via Lavadome Productions

Some of the riffs are borderline catchy, which help the album mightily, as the more technical riffs and dizzying whirlwind tempo changes can slog. This album isn’t early 2000s tech death in the very least. It’s not lead guitar wankery a’la Brain Drill. The chord transitions are akin to some progressive black metal, ringing notes out along the upper frets. Overall, Nihill Quam… is a challenging listen for the casual metal fan. There are plenty of rewarding segments, but the songs merge into a frenzy of strange sounds and riffs.

Nihill Quam… is very much guitar-based. The drums do take a backseat, much of the time due to the production values. I feel that the production somehow fits the style of music, as a very clear digital production style would have rendered the dissonant portions a disservice. Instead, Ad Nauseam sound like a band very comfortable with lurking in the underground.

Nihill Quam… is released by little-known label Lavadome Productions. Lavadome very much like this style of play. Actually, this type of music is quite novel in that most metal bands that play a combination of tech and anti-tech play riffs a’la Portal. So, if you dig this album, check out Lavadome’s other releases.

The first track makes the longest-lasting impressions on me, but there are actually no highlight tracks. Listening to this album in one sitting is daunting, and this notion arises very early into the listen. However, fans of tech death that use other elements will find this album noteworthy. The riffs are well done, and the performances are top-notch. Certainly give this album a chance with repeat listens. Six Feet Under fans, you have been warned. This album isn’t chock full of the sort of hacked riffs that commercial death metal bands routinely come up with. If you like high-speed palm-muted chugga-chugga and shreds, you’ll love Nihill Quam Vacuitas Ordinatum Est like it’s a drug habit. 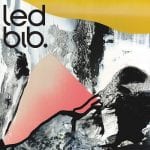 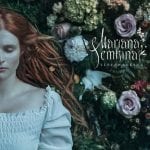