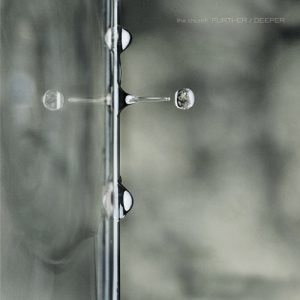 As opening lines on an album go, it’s both quite a statement of intent and determinedly individualistic. The Church must have wondered if the knives would be out when Further/Deeper was released, its genesis informed at least in part by the departure of long-serving guitarist Marty Willson-Piper. A much-admired member of the band, and along with vocalist/bassist Steve Kilbey the member most responsible for nursing the band through its lowest ebbs since its inception at the fag-end of the ’70s, Willson-Piper’s playing and writing was such a large part of the band’s latter-day material that news of his departure led to a great deal of garment-rending on the behalf of The Church’s fans. Whilst noting his regret at announcing Willson-Piper’s departure, Kilbey seemed bullish and entirely confident in the band’s ability to deliver “a classic Church record”, even feeling strongly enough to give it the working title of “The Dark Side of Abbey Road” at one point. Willson-Piper’s place was taken by Powderfinger’s Ian Haug – apparently a lifelong fan of the band himself. No-one knew quite what to expect from the band – would it be very different? Would it be business as usual? Perhaps astonishingly, Kilbey’s confidence has not proved to be misplaced.

The first track, ‘Vanishing Man’, is the perfect opening salvo: from the bent, wailing guitar lines that open it, to the muscular shuffle and elegaic guitar line that drives it, Kilbey’s barbed lyrics, the psychedelic chaos of the bridge – an effects pedal bonanza where fretboards are scraped in a frenzy – and the slow disintegration of the song into its constituent parts, that fall away from each other and go tumbling into an echoing void. It is, quite simply, classic Church. What’s astonishing is that at this early point, even the most cynical and concerned of Church fans, worried that Willson-Piper’s departure would destroy the band’s magical synergy, will find themselves grinning in delight and wondering if they were worried for no good cause. Clearly Haug fits the band like a glove – indeed his playing sounds uncannily like Willson-Piper’s at times, Willson-Piper’s own influence on Haug becoming its own reward, perhaps. Haug’s quiet belief and assured performance is evident early on, but its the faultless way he complements the whole that is crucial.

Happily, the album does nothing to cause any initial doubts to resurface over it’s hour-plus running time. ‘Delirious’ follows, and builds from a spacey intro – woozily shot through with other guitarist Peter Koppes’ electric-guitar-as synthesiser figures – into a stamping, anthemic treat, possessed of a febrile and frantic energy that will be instantly familiar to listeners that fell under the band’s spell after hearing records like The Blurred Crusade and Heyday. That they manage this whilst retaining the hazy, psychedelic swirl that they have developed and honed in that intervening time is only one of the many impressive things about this record. ‘Pride Before A Fall’ falls squarely into that unhurried, introspective territory; yet in classic Church style it is immediately followed by the decidedly spooky ‘Toy Head’, a voyage into progressive rock territory that welds nightmare imagery to sudden peaks and troughs in the music in a manner that will melt the marrow in your bones. A short, melodic guitar solo dispels the darkness, before, as Kilbey intones, “the horrors return” and the song collapses into a spinning black hole of heavy reverb, all shuddering guitar and chaotic drumming. Incredibly striking, it’s also utterly chilling. Stunned, the listener is thrown for a further loop by ‘Laurel Canyon’, which is a sun-dappled delight, all folksy Byrdsian jangle, its sweetly cooed backing vocals immersed beneath a warmly nostalgic Kilbey tale of good times and romance from yesteryear that is almost unbearably poignant placed next to the cosmic horrors that preceded it. This willingness to inhabit the space between the light and the dark have always served The Church incredibly well. They embrace both extremes to devastating effect.

Further/Deeper is astonishingly well sequenced, too, always the hallmark of an album that’s had real attention to detail lavished on it. As the chilling darkness of ‘Toy Head’ is leavened by the summery warmth of ‘Laurel Canyon’, so the mournful, spacey ‘Love Philtre’ leads into the baleful ‘Globe Spinning’ which comes across as the bastard child of Floyd’s ‘One Of These Days’ genetically grafted into vintage 1970s Hawkwind, its thrumming, supercharged bass augmented to thrilling effect by some of drummer Tim Powles’ most perfectly executed drumming. It has unbelievable momentum, and leaves the listener with an incredible sense of vertigo three-quarters of the way in, where the rhythm section stop dead and then thunder back in. The Church have rarely lacked for confidence, but here they sound positively imperious. At about this point in listening, you realise that you’re only just over halfway through the record. It’s hard not to marvel at the band’s relentlessly inventive muse.

Incredibly, the band do not run out of steam. ‘Old Coast Road’ is another warmly nostalgic ballad in classic Church mode, with a gorgeous extended instrumental coda, whilst ‘Lightning White’ and ‘Volkano’ both feel as though they rose direct from the band jamming in the studio: looser and built carefully around repeating, steadily building figures, they give Kilbey full rein to indulge his lyrical flights of fancy as he gleefully builds upon themes, and links them unexpectedly to others before discarding them and setting off on wild tangents. Kilbey’s always been a formidable lyricist, but he too sounds reinvigorated, rejuvenated. He is clearly taking delight in the band’s most recent renaissance – indeed towards the end of ‘Lightning White’ his vocals vibrate as if he is jiggling with unrestrained excitement and delight at the sonic edifices the band are building around him. The joy the band express through these new songs is utterly contagious; long term fans may well find themselves giggling with delight, whilst new listeners will delight in every unexpected change of pace and mood.

An eerie tension pervades the slow, inexorable build of ‘Let Us Go’, it’s menacing verses building in tension before the choruses provide a glorious euphoric release. Yet it’s the jammed-out storytelling of ‘Volkano’ that, for all its mystical imagery, comes perhaps closest to a mission statement for the re-energised band: “We never anticipated anything that happens,” ponders Kilbey, “And all of these waves, all of this sound / Wherever we go it was by our lucky fingers and our honour bound.”

Then, finally, there is ‘Miami’. The Church’s album closers are often slow-burners, and so it proves once again, as its tentative guitar lines shimmer into existence seemingly out of nowhere and build into a haze of beautiful remorse as Kilbey delivers an achingly regretful, yet hopeful lyric that ends the record on an oddly triumphal, bittersweet note that you may never want to end. Such is this band’s genius.

Against all the odds, then, Further/Deeper is perhaps one of the band’s finest albums; entirely thrilling and involving from beginning to end, even with a generous running time, it’s a stunning piece of work. It seems entirely unfeasible that after over 34 years, and following the departure of one of its best-loved members, The Church has come back with such an astonishing record, but then men and the stars in the sky have long since given up trying to predict what will happen next when it comes to this band. Fans and devotees have long known to expect the unexpected; apparently the only thing we can be sure of is that the band will always have more surprises and delights up their sleeves and the rest is merely a question of our patience, and that undying fondness that has kept this most cult of cult bands alive and well long after most of their contemporaries have given up the ghost. The Church is dead, long live The Church. Here’s to the next chapter in one of the music world’s most fascinating and unpredictable stories.

Further/Deeper has not received a domestic UK label release; it was released in Australia in October last year, but has just been given an American release this month. If you’re not based in the USA or Australia and want to buy the album, dip into their sizeable back catalogue or otherwise support the band, please buy direct from them via their website at https://thechurchband.net/