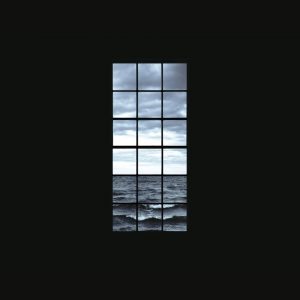 Passion. Romance. Two key words that permeate heavily from the first note to the last on the second album from Axis Of. Inspired by a trip to the Shetland Islands and a gig in a venue entitled The Mid Brae Inn, this short collection of melodic punk rock finds the band elevate the initial youthful exuberance of their debut Finding St. Kilda to a higher echelon of excellence. This time, the sea-inspired tunes have sure fire comeback listening value and earworm hooks that will not leave you for days once heard. There’s real passion in the vocal delivery from Ewen Friers (bass duties) ably backed, gang style by Niall Lawlor (guitars) and Ethan Harman (drums). The romance of the beautiful North Antrim Coast, where the band are from, is absolutely etched into every nuance of sound created by a band who just love what they do and live for doing it.

Some 8 years ago, stood outside Belfast’s famous Limelight club, I spoke to Ewen for the first (and actually the last) time whilst having some pre-ASIWYFA-support-slot fags. The extremely young Friers was telling me about his intentions to start a band, and here I am, now a fan and critic of that very band. They’ve played countless shows in the city (and elsewhere) since then, I’ve encountered them a few times and saw them grow from fledgling chancers to serious contenders for being known as one of the country’s best acts. There’s a confidence and swagger in their playing and despite the weighty lyrical messages, a great fun to be had at an Axis Of show. How they manage to match such poetic lyrics to such hefty riffs is unique, as is the sea shanty styling of the singing. This album requires repeated plays to be absorbed properly, otherwise it could potentially be dismissed as something less engrossing. Watch the superb video to lead track ‘Wetsuit’, filmed around their part of the world and you’ll get exactly what I mean.

Opener ‘All My Bones’ is a basic introduction to the album with (bone) crunching riffs and infectious simple melodies. The aforementioned ‘Wetsuit’ begins with a playful, yet earnest riff before leaning into tumbling drums and lovely keening guitars. The massive chorus is all gang vocals and arching voices providing a very effective backdrop to the story telling of the verse. There’s a real tragedy lurking under the bouncy exterior of the song (remember, check out the video) and the short guitar solo is one of those spine tinglers that gets me every time I hear it.

Heavy riffage cracks open ‘Super Resurgence’ before the delicate verse flows easily into another huge chorus. I haven’t mentioned the accent heavy vocals yet, I think it works very well as there’s a folk element to Axis Of’s sturdy mainline punk/hardcore tendencies. Ewen manages to cram whole dictionaries into the tight passages of the music with consummate ease. ‘Munro Bagger’ is the biggest earworm of them all, taking Abba’s well used trick of hitting the chorus directly. I had this song in my head for days and if there’s any justice, this will be the tune to propel Axis Of into the realms of popularity they deserve.

The album takes a quiet turn with ‘Beachcombing’, a short chanted campfire folk track that acts as moment of reflective calm amidst the riffage. Another real highlight comes with ‘Marconi’s Place’, all wondrous “whoa-oh-oh” vocals and slow monstrous riffs combining with some lovely storytelling, namechecking Clara Bow. The heaviest riff of the album appears on ‘Quarrel Reef’, a stomping groove with a chorus that jumps on your head. This track has the same crowd sing-along qualities that ‘Lifehammer’ had from the debut. It’s so good they even decide to drop out all of the instruments at the end to sing the chorus on its own. There’s confidence for you.

By now, the formula is well established, will the band succumb to hiding filler tracks in the latter stages of the album? Not a chance, there’s another belter chorus for you to roar along to in ‘Oh Calusco!’. There’s a geographical reference I’m very familiar with in the title of ‘The Harsh Winds of Rathlin’. I’d often gaze across to the island from the mainland when on a day trip to Ballycastle, this song must surely have been written or at least should be performed on a windy hillside huddled round a fire with those boot stomps and handclaps. The album ends on what appears to be a folk ballad that is quiet and reflective, opposing the bluster of the guitars. That quiet is firmly booted to one side and the last minute is a triumphant charge to the harbour, the journey around the choppy seas complete.

So, another confident and (to these ears) unique collection of raucous yet poignant music from these soulful beings. All those outings onto the stage have obviously given the band supreme confidence and allowed them the opportunity to hone their song writing ability. For me, when a band makes music that manages to transport me to places in my head where I can see imagery so vividly, that’s special. I truly believe Axis Of are special, I felt that way about them from an early stage, a certain sibling’s band also hooked me in the first time I saw them. As this is the only new album of 2015 I’ve heard, it has to be my album of the year. I know that come the end of year, The Mid Brae Inn is very likely to be figuring in a lofty position in my best of chart. 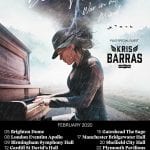