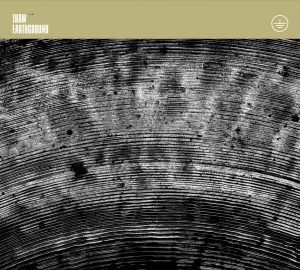 There remains a steady charge of style defenders in the world of black metal. While 2014 brought some of the stranger mutations of the genre, it brought out equally-lauded and potent voices bringing things back to the cold realms of orthodoxy. With Thaw’s latest release, Earth Ground, the collection of Polish heavy-hitters from other bands such as Furia brings a cold blunt-force strike of swinging, mournful and muscular black metal.

After the dying, misty strains of album opener ‘First Day’ and its jet-propelled follow-up ‘Afterkingdom’, the band manages to set themselves against type and break away from what could otherwise be considered following the formula (albeit very well). With ‘Sun’, the band reaches a sort of amalgamation of post-hardcore brute strength and the tinny chimes of well-placed arpeggiated black metal classicism. The result tempers an otherwise wildly-crushing sound with interplay between vocal styles and use of melody. Thankfully, this sets the tone for the remainder of the album.

In a way, Earth Ground is an album that sounds out of time with contemporaries. There are smatterings of every wave of the genre you can think up as well as shimmers of golden-era Deathwish bands, forays into drone and a multi-tiered presentation of textures and tones. That is not to say the album is particularly heady or esoteric, the overall sound is streamlined and the effect is ultimately one that is simple to get a hold of and follow with relatively few guidelines needed. There are moments of cosmic void-circling in equal measure with moments of the snapping-back into a pummeling, vicious reality. The catharsis is key to almost each track, however, and those simply looking for a new headbang fix will certainly find it here. For those wanting to dig deeper, however, you have moments of soaring melancholy in passages of tracks like ‘Winter’s Bone’. The plodding death march pace, coupled with the shimmering high register layers of guitar, is an aural high point both familiar and surprising at once. By the time of the album closer, the stage is set for the climax of all the album’s strengths blending into one potent, wild entity.

The real joy of this album is hearing the poise of a band with no internal question of who they are or what they are setting out to accomplish. The end result is ferocious and majestic, with no indication of the collective years of experience under the band’s members’ belts reducing the impact or readiness of fresh ideas. It is a bold, confident stomp of a listening experience that sets an exciting tone for the coming year of black metal.