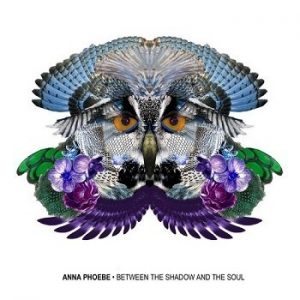 So much has been said in praise about violinist Anna Phoebe that you have to wonder if there any superlatives left to heap at her feet. A varied and original player and composer – and sometime stuntwoman – she’s also done her bit to bring the words “rock” and “violin” together in a way that has seldom been seriously attempted since Darryl Way first walked onstage with 70s progressive rock legends Curved Air. Forget the playful tomfoolery of Nigel Kennedy or the furrow-browed solemnity of Vanessa Mae: Phoebe has been there, done that, kicked her amps over and poised herself with her right foot firmly on her monitor. Opting to dispense with the formal classical training that so many would see as the natural choice for someone with her evident skill with a bow, Phoebe took to the stage, learning her craft out in front of the house lights. Her decision seems to have served her well; her flamboyant presentation and sense of fun have enthralled audiences who’ve thrilled to her guest turns with acts as disparate as theatrical Christmas-obsessed rockers Trans Siberian Orchestra, Jethro Tull, Deep Purple’s keyboard maestro Jon Lord and Roxy Music. There is, however, one side of Anna Phoebe that, until comparatively recently, we’ve not had a really good look at: her own music.

Between The Shadow And The Soul is Phoebe’s third album-length solo release. Previously she’s tried her hand at evocative sonic travelogue (Gypsy, 2006) and the balls-out progressive metal influenced Rise Of The Warrior (2008), a thunderously enjoyable record that allowed her to showcase some of her most frenetic and powerful playing. This new record, however, takes a fresh approach, melding the romantic and bow-destroying extremes of her playing with a heady brew of World Music and progressive rock. In this endeavour she is aided and abetted by members of metal band Jurojin, whose heavily Eastern and Indian-tinged music is a perfect fit for Phoebe’s playing.

The album opens in markedly more subdued style than Rise Of The Warrior. ‘Shadow’ features Eastern-style violin over a menacing drone, a piece of unhurried scene building that builds a deeply effective atmosphere. The playful nature of Phoebe’s muse is then given free rein with the frenetic Balkan folk of  ‘Mostar’ (named for the city in Bosnia & Herzgovinia), nimble interludes surrounding a melodic, gliding violin motif that adds an additional emotional dimension to the album. The track slowly builds in intensity and power, and the melody is wonderfully memorable, Phoebe’s violin the focal point, but providing the other musicians with space to become more than backing musicians: this isn’t a case of a ‘name’ player and a backing band, but a deeply effective, cohesive unit – a real band.

‘Singular Mind’ is altogether more tricksy, with a deliberately off-kilter rhythm, Phoebe playing off her band as chunky riffing and rolling drums give way to a soaring string part, before dying away again. Some tremendous tabla playing (courtesy of Simran Ghalli) re-introduces the track, and ever so tentatively but with building momentum, the band dial the track back up to a dynamite finish. The tablas appear front and centre again for ‘Nines’, before a repeating stab of strings leads into an intricate and atmospheric duet between Nicolas Rizzi’s nimble guitar and Phoebe’s effortlessly hypnotic playing. It’s a song of yearning, with a filmic, widescreen soundtrack quality. Even here, though, the virtuosity of the band shines through as Rizzi and bass player Yves Fernandez’s brief but speedy runs move the track around on its foundations, ensuring it’s hard to predict exactly where it’s going next. Just as you think it’s finished, Rizzi duets with Phoebe’s violin to create a wonderfully emotive coda.

A gentle repeating bass and guitar figure provide the launch pad for ‘A Moment’s Deception’, an epic duel between Phoebe’s simmering violin part and guest musician, Jethro Tull legend Ian Anderson’s piercing flute part. Rizzi is also given ample room to shine again, turning in a tortured solo before a languid mid-section provides a quick breather before all hell breaks loose once again. As sturdy riffing sets in and Anderson and Phoebe prove to be a devastating double lead, the melody remains sweepingly romantic but with a feverish edge that provides just the right amount of tension.

The second half of the record opens with the delicate ‘Embrace’, heard here in an acoustic version, the full band version having appeared on the Embrace EP that preceded the release of the album. Opening with sparse, tinkling piano (from another special guest, pianist and writer Alex Montaque), this is a brave and effective way to feature already familiar material. The rolling rhythm of the original here is replaced with a stark duet between Montaque and Phoebe’s violin, and if anything is even more effective in its simplicity. The piano and violin thrillingly swirl around each other before an almost vaudevillian motif swaggers in, Phoebe’s violin has seldom been more characterful.

A graceful little coda then precedes ‘Uncrowned’, which opens with thundering drums and a relentless rhythm that provides Phoebe with the ideal playground as she plays some of her most extravagant lead of the album, the restless performance of the band coming across like an Arabic edition of Muse, Phoebe’s violin a perfect replacement for Matt Bellamy’s fearless vocals. Bass and guitar provide a moment of calm as the drums fall away, but they’re never far away, and after a few rolls like distant thunder, they introduce an uneasy, darker section that ebbs and flows before Phoebe faces off with a chunky riff as the track builds to an epic conclusion. The ending is deeply rooted in progressive rock, all syncopated rhythms and Phoebe’s soaring lines.

‘Inception’ is a spiralling slice of  bass and tabla-led dub rock, not a million miles away from vintage Ozric Tentacles; at least that’s how it seems until Phoebe’s violin lends the unfolding tune a darker, more meditative edge. This track is once again all about the slow, careful building of tension as Phoebe flirts with her band, each egging the other on to new extremes. Particularly noteworthy here is the rhythm section, bassist Yves Fernandez and the fearsome drumming of Francesco Lucidi, who both turn in a masterclass in sudden time changes and playing that manages to be showy and technical without ever sliding over the edge into outright indulgence. A mesmerising arpeggiated guitar solo leads into a similar assault on Phoebe’s violin before the track builds up into a suitably Kashmir-esque flourish.

‘Athena’ features a carefully atmospheric opening that leads into a forest of thundering drums and a queasy, tension-filled build-up, giving way to a cascading solo spot from Phoebe as her band slowly build up a mid-paced backdrop for her to play around with. Rizzi plays cleverly around her as she weaves her usual magic, before the band move things up a few notches and encourage her to reach for the sky. Some of her most extravagant and technical playing on the album is here, and Rizzi too is given space to stamp his mark on the track with some fine melodic lead lines that are the perfect foil for Phoebe’s highly inventive, restless playing. Such is the intensity here that sometimes it feels like Phoebe only has two wheels on the road as she careens into the curves of the musical road – but this is exactly what makes her so feted and so beloved. The track builds into a veritable flurry of frenzied playing before falling into an exhausted heap. As always, the vibe and spirit of her playing is as important as the notes that she plays: this is the important difference between Phoebe and certain of her apparent contemporaries. If this is the difference that her decision to walk the stages of the world rather than sit in endless technical training sessions has made, then one can only applaud her good sense.

The closing track, ‘Soul’, opens with solo acoustic guitar and tabla, finally joined by Phoebe’s violin to weave a swaying, seductive and yet restful rhythm to play out the album. Dramatic but low-key, it’s the perfect way to ease the listener out of what is actually quite a demanding and complex record. It can sometimes take a great deal of skill and sensitivity to make an entirely instrumental record melodic enough to be memorable, varied enough to hold the interest, and emotive enough to cast the kind of spell that rewards repeated plays, but Phoebe and her band have managed to do just that and with some style, too. Between The Shadow And The Soul marks an important milestone in Phoebe’s development as a solo artist; she’s never struggled to impress with her playing, but the material here is hugely evocative and is as involving emotionally as it is instrumentally thrilling. Her finest hour, without question, and a record that should bring her to an entirely new audience – and not a moment too soon.