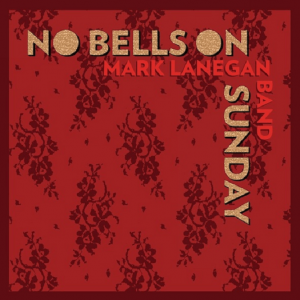 After Mark Lanegan preceded his Bubblegum album with the wonderfully bizarre Here Comes That Weird Chill EP back in 2003, the news that his new Phantom Radio record would arrive in the wake of a similar herald is something that rightly created ripples of excitement. As the last time this happened was a way of easing his audience into a somewhat dramatic change of tack, there is a palpable feeling that he’s about to do it again. In this, he does not disappoint, both in terms of direction and quality with a whole extra layer of continuous surprise thrown in.

It’s obvious to latch onto Lanegan’s vocals when describing the music that he makes either under his own name or with a multitude of others, because frankly there’s nobody else about who possesses not only such a voice but also the words to grace such pipes with a charming, sonorous authority. The music he has chosen to bend around his voice this time is what will get tongues wagging, as the traditional band backing has been largely augmented, and in some cases completely replaced by, a host of electronica. The words however continue in his style of being crafted to both fit the music and the mood of whatever song he’s singing, moving gracefully (despite his own protestations to the contrary in Smokestack Magic) from harrowing to upbeat, reflective to plain daft whilst retaining the same heart throughout.

As soon as 'Dry Iced' begins, you just know that you’re about to hear something different. Even for fans initially surprised and warmed up by jaunty lead track 'Sad Lover' (an EP preceded by a single. Technology’s marvellous nowadays, isn’t it?), the crystalline keyboards and sparse guitar will come as something as a surprise. But then that voice appears and disbelief is suspended for the duration of this five track record, so that the listener is perfectly happy to be led through this distinctly odd soundscape, knowing that there’s this familiar presence to guide you through the strange goings-on until you’re absolutely at ease, even (or perhaps especially) when the drumbeat kicks in after a minute and a half, shattering all preconceptions of what a Mark Lanegan song should sound like. Maybe the most curious thing about this EP is just how effortless it is to lose yourself in this new world of his.

It’s not entirely alien either, as the aforementioned 'Sad Lover’s' upper-register vocals, speedy pace and cute psychedelic touches remind me of very old Screaming Trees, albeit married to a playful post-punk bassline and motorik drumbeat, while the astonishing title track (a career highlight) carries calming memories of Blues Funeral’s 'Phantasmagoria Blues' within the chilled keyboard washes and tones that feels like it’s floating on the same base layers that 'Dayvan Cowboy' shares.

The strangest part of the EP appears when the guitar finally takes brief centre stage for 'Jonas Pap', a string-laden ditty about the Dutch cellist who accompanied Mark’s Imitations tour, and which can only be described as a bit silly, and endearingly so as he sings about Pap being “sloppy with his drink and his Christmas cap”.

The thing that most resonates after the EP closes with the eight minute death-disco of 'Smokestack Magic', is that this is, by his own admission, a collection of songs “too goofy” to appear on Phantom Radio. That he can set the bar so high with these bodes well for the full album in October, as well as making everyone wonder just what on Earth is going to happen within those grooves, as No Bells On Sunday shatters and reinvents everything around him with such ease and comfort, sounding for all the world as if this was how his music has always sounded.

As a preview to future endeavours, No Bells On Sunday is a tantalising introduction to God knows what may appear over the horizon. As a standalone record, it’s frighteningly good and instantly memorable. As part of Mark Lanegan’s ever-surprising career, it fits perfectly and sets up yet another chapter.