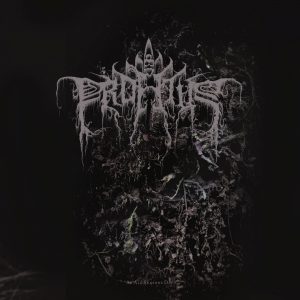 Out now via Svart Records

By this point there's scarcely any need to mention that the Finns are the masters of funeral doom. Their exemplary take on the genre is comparable to French cuisine, Scottish whisky or Canadian maple syrup; their nationality alone indicates a hallmark of quality. Tampere's Profetus are no exception.

Their unique take on the genre eschews bass guitar in favour of organ, giving their sound a far heftier weight and solemnity than many of their contemporaries. It's an integral aspect of their sound, and one which is brought to the fore and utilised to full effect on their majestic third LP As All Seasons Die.

This is evident on 'The Rebirth Of Sorrow', an appropriately melancholic track which begins an album full of pure distilled misery. Organist M. Nieminen's playing is given plenty of space to set the tone, accompanied only by softly intoned vocals, and when the full band joins him on 'A Reverie (Midsummer's Dying)' it's clear just how well-suited the use of organ is to the songwriting. While not breaking new ground, the slow marching pace set by drummer V. Kujansuu and A. Mäkinen's cavernous vocals are a masterclass in the genre. At various points in the track there are tonal shifts which suggest distant light at the end of the tunnel; some small glimpse of hope among the despair. However, they are just that, glimpses, and soon the unrelenting bleakness begins anew.

That atmosphere continues through 'Dead Are Our Leaves Of Autumn', the instrumentation even sparser, with spoken rather than growled vocals. A guest guitar solo from Justin Hartwig of Mournful Congregation fits in perfectly with the already three-guitar attack, though however much that sentence makes it sound like Iron Maiden or something, that couldn't be further from the case. There's no bombast or histrionics to be found, just layers of differing tones to be savoured.

Ending with the excellently-titled 'The Dire Womb Of Winter', they return to the growled vocals here to skincrawling effect, while progressing through a variety of rhythms, from funeral march to lurching crawl. In the last third of the track that oft-glimpsed glimmer of light finally arrives, the distortion scaled back in favour of plaintive acoustic guitar, the organ and drums given prominence. The closing passage of the track encapsulates the album as whole, as they temper the newfound hope with yet more crushing despair.

Unusually short for the genre, As All Seasons Die clocks in at a vinyl-friendly 37 minutes. While some bands are content to drag out the misery to the point of unbearable, almost comedic lengths, Profetus' strength is their restraint, managing to pack more mourning into these four tracks than most bands of their ilk can muster across a whole discography. A wholly enveloping experience, this album is not to be missed for those who recognise the hallmark of Finnish Funeral Doom. Get sad.