(((O))) : Seven That Spells – The Death And Resurrection Of Krautrock: IO 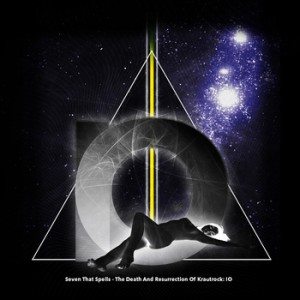 Seven That Spells have garnered quite a reputation on the underground psych scene and from the basis of this album alone it is easy to see why. Hailing from Croatia but with a strong founding in Japanese culture, they deliver a heady dose of deep psych that you may just want to find somewhere safe to lie down to first before listening.

Not that this is obvious from opening track 'In II' whose kaleidoscopic guitar riff signals a descent into the madness that follows. It's all rather run of the mill and basic but that's the trick you see. It completely disarms you whilst also taking on the role of an introductory flight into space.

The opening done with Seven That Spells then proceed to throw you completely out of your mind as chanting voices and an Indian flavoured guitar riff casts off into deep space and the band start to grapple with your stoned imagination. This is 'Io', and this may well fry your mind.

A long track, it takes many tangents and left turns in its quest and drifts from the beautiful to the dramatic taking in the sound of your mind popping along the way. You can smoke weed to it if you want but it may need a government health warning just in case.

A brief piano interlude serves as a grounding for the next track proper 'Burning Blood' who's nigh on fifteen minutes of intense and rather psychotic guitar riffs take space rock to a majestic conclusion whilst also bring in shades of heaviness to the proceedings. It's testament to the excellence of this band that they never repeat themselves (except on obvious guitar signatures) but keep us guessing where they will head next. They also have one final trick up there sleeve when a sound of a phone ringing, perhaps one of the most mundane sounds ever, has the effect of warping your mind completely.

Seven That Spells then go easy on you for the final track 'Out II' which mellows proceedings with the guitar riff from the opening track delivered in a much less psychotic manner, Its the sound of a come down and god knows you need it after the previous half an hour.

This band have the makings of being one of the best deep psych bands on the circuit and head even further out than closest sounding band Cosmic Dead do. If you want to fry your brain for a while then this is the album for you, it has all the pre requisites for a great psych album and it's one that sticks with you long after. Audacious and inspiring, this may well be a masterpiece. 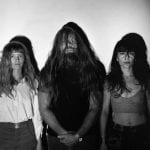