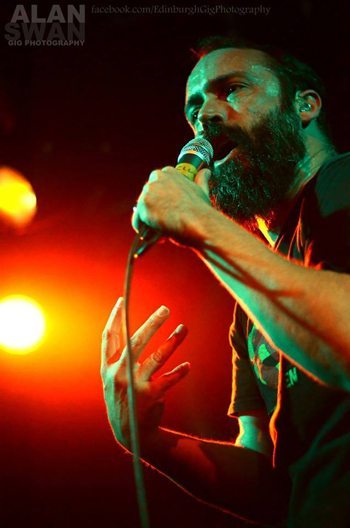 Last week in Edinburgh was all about the mighty riff. When a band with the huge reputation such as Clutch play Edinburgh it is pretty much a big thing. Therefore it was no surprise really to see the Liquid Room sold out for weeks for this gig, regardless of the fact that the band played Glasgow the night after. Even the top part of the venue was open for the public and was pretty packed throughout the night. This was going to be a legendary night and gig; that much was set in stone before the band even crossed the Scottish border.

Even though I am a huge fan of seeing local bands getting the opportunity to support a big band like this, there wasn’t any local support at this gig. This actually works better at the Liquid Room, as this venue has a strict 10pm curfew and getting more than 2 bands on the bill easily reduces the set time the main touring band gets. So the support tonight came from Lionize, a band from Silver Spring, Maryland and signed to Clutch’s own label Weathermaker. I actually had not heard these guys before, but their set was very impressive and grabbed my attention completely. They play similar riffing rock as Clutch, but with a huge old-school 70’s feeling to it. Bass player Henry Upton especially was very impressive, playing groovy captivating parts, whereas keyboard player Chris Brooks was the perfect hybrid of Jon Lord and Ray Manzarek. Guitarist Nate Bergman played beautifully with lots of soul and drummer Mel Randolph provided the backing with some solid drum work. I loved how Henry, Chris and Nate all provided vocals, but the latter was with his blues and soul-like voice particularly enchanting. If you like some 70’s inspired blues rock with a huge dose of riffing, I’d recommend you listen to these guys.

Then it was time for the main act. I honestly don’t know when Clutch played Scotland or even Edinburgh last time, but the crowd was definitely ready for a long set of sweaty, riffing southern rock. This was my first time seeing them live, and I kinda expected to be thrown backwards by a huge wall of riffing guitars and loud pounding drums, but instead the band entered the stage to open their set with the rather slow bluesy ‘Gravel Road’ of their in 2005 released album Robot Hive/Exodus, with Neil Fallon playing some gentle slide guitar. It was a surprising opener, but the band quickly followed with the stomping rocker ‘Crucial Velocity’, the second track of last year released top quality album Earth Rocker.

This is when things started to kick off as expected. Neil Fallon is a true showman and a real rock and roll beast. Always looking into the crowd, almost wanting to make eye contact with every single person, Neil walks and stomps on stage throwing one arm in various poses while being one of the most articulate singers I’ve ever seen live. Every word that comes out of his mouth is clearly understandable while the music was pretty damn loud. The rest of the band is like the diesel of the band, steadily providing the bass lines, the rocking drums and all the riffs. This band doesn’t need any gimmicks, they just need amps and instruments and power to blast 19 amazing songs out of the speakers.

The set they played was very varied, consisting of the best songs of their last 5 albums Robot Hive/Exodus, Beale Street to Oblivion, Blast Tyrand, Strange Cousins from the West and of course Earth Rocker. The audience loved every minute and when the band announced they were going to play a new track called ‘Sidewinder’, a roar of appreciation waved through the crowd. It was great to see so many people enjoying a great show and singing along to all the songs on the top of their lungs. Neil was visually enjoying the response and show too, occasionally sipping some whisky and changing his chewing gum every other song or so.

This was a top night, a quality gig and more like these in Scotland’s capital city please! 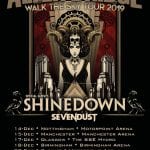 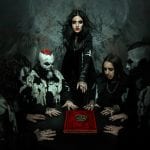 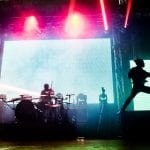 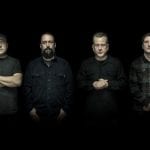