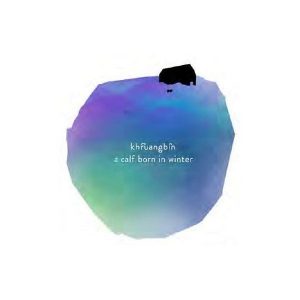 On listening to this band you might feel as if you’ve discovered a gem. Full of soul and richness, Khruangbin, meaning ‘Engine Fly’ in Thai, is music for summer days and lazy nights. Which is probably one of the reasons why they’ve been featured in the Late Night Tales Bonobo compilation release. Late Night Tales is a series of artist curated compilation albums that are specially selected to create the ‘ultimate late night mix’ and Khruangbin sure does fit the bill.

Khruangbin was formed by three Texans with Laura Lee on bass, Mark Speer on guitar and Donald Johnson on drums. Purely instrumental with traces of alt- rock, surf, folk, blues and psychedelic rock with a touch of the orient, rounds into a Thai style funk that’s mellow and delicious.

Mark began teaching Laura bass in 2009 and in 2010 the two were invited to join Bonobo on his 2010 tour of America. After the tour they started making music together and DJ joining on drums made the band complete. Khruangbin takes inspiration from a diverse musical range. Mark and DJ have deep roots in Gospel, R&b and Hip-Hop music and have cited influences from 60’s psychedelic Thai funk which translates to their current single ‘A calf born in winter’.

‘A Calf Born in Winter’ gives a soothing harmonious beat with strong and engaging rhythms which grabs and carries you along. With a flowing guitar melody, it could be considered a substitute for the vocals, whose absence is really not missed at all, while the deep gentle hum of the bass sends you into an enraptured trance. The simplicity of everything is what makes it all work so well together.

Whenever you feel like relaxing this is the song you would want to be listening to. There is no distinct chorus or bridge in the instrumentals, it kind of just lingers on like it’s always been there in the back of your head.

Khruangbin has recently signed to LNT offshoot Night Time Stories with an album planned for 2015. A Calf Born in Winter is still available in its limited addition on white 7” Vinyl for Record Store Day and features ‘The Recital that Never Happened’ on the b side which is the first of the bands new material exclusive to this vinyl release.