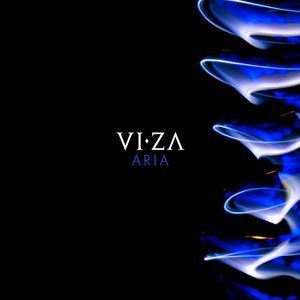 Visa: (from the Latin charta visa, lit. "paper that has been seen") is a conditional authority given by a competent authority of a country for a person who is not a citizen of that country to enter its territory and to remain there for a limited duration.

Which is apt that Los Angeles based “alternative metal” act Viza actually used to be called Visa when they formed back in 2000 as they have created their own their own little world that mixes System Of A Down (SOAD) and Breed 77 style alt metal and Gogol Bordello inspired eastern European folk punk.

If that sounds horrific to you then you may as well stop reading, but for those with an appreciation of the odd and the quirky then Aria will plaster a Cheshire Cat sized smile on your face.

Opener ‘Never Feel’ hits with the quirky straight away with a pulsing electro beat mixing with Arabian tinged guitar lead that leads into a bouncing metallic RIFF that trades of with the folk chorus which has a strong SOAD feel to it, this comparison is predominantly down to the vocalist “K'noup” who bears an uncanny vocal resemblance to one Serj Tankian (who by all accounts is a major fan), but the variation of quirky influences and great song writing ensures it never deteriorates into simple copycat territory.

There is also a strong sense of fun running throughout and no song repeats itself as ‘Quicksand’ veers between up-tempo folk stomp and metallic rage, ‘Midnight Hour’ utilises ska-punk while ‘Vanished’ incorporates bouncing nu metal RIFF and Middle Eastern melodies, even the lyrics add to the fun and also a sense of adventure as they are based on fictional narratives covering all different types of characters and events.

So while on the surface it feels silly, scratch beneath and there are some very smart ideas at work; that and also it is the sonic equivalent of happy pills. So take your dosage and put your dancing shoes on.