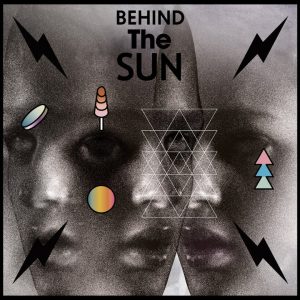 Motorpsycho have the sort of band name that makes you imagine raucous metal or punk played at a vicious rate. That's until you listen to this album and wonder where in hell did this band come from to make music as sublime as this. Further investigation then reveals that they have been around for over 25 years and this is one album of many. Even further reading reveals a band whose sound as evolved from noisy rock to jazz to soulful psych whilst still retaining a Motorpsycho feel.

Of course, many of you readers may already know this and some of us are just late to the party. If being late for the party means that the first two songs you hear from these musicians are the opening two tracks on this album then you are in for a huge treat.

The 60's flower psych of ‘Cloudwalker’ is a nostalgic trip back to Carnaby Street times whilst ‘Ghost’ is simply beautiful and out does Flaming Lips in every way possible. It's almost a jarring feel when the guitars kick in for the rest of the album and you wonder if you've possibly changed record.

Once the fuzz filled guitars of ‘On A Plate’ kick in you know you are in heavy psych territory with added retro flair thrown in. This is par for course for most of the album now and adds an added dimension to those first two songs.

Motorpsycho are not ones to rest on their laurels and are continuously looking for different ways to present their music and so as the old school ‘On A Plate’ plays out we are thrust into the motorik ‘The Promise’ before ending in prog territory with ‘Kvaestor (incl. Where Greyhounds Dare)’. It's one invigorating and interesting ride and deserves plaudits and repeated listens. Totally excellent!

‘Hell, part 4-6: Traitor/The Tapestry/Swiss Cheese Mountain’ takes the prog rock even further as it builds from a slight acoustic beginning into something Genesis may have released around the time of Selling England By The Pound. Minor chords usher in folk stylings and the obligatory theremin and cello create a haunting sound that is utterly beautiful. This then builds up into an almost orgasmic moment of noise as the music rises up once again. Brilliant.

‘Entropy’ slips back into acoustic psych territory before ‘The Magic & The Wonder (A Love Theme)’ lifts up the ante with its celebratory sound which could have come straight of Soft Bulletin. Finally ‘Hell, part 7: Victim of Rock’ pulls out all stops as we career back into heavy psych territory once again.

There are so many nooks and crannies to explore on this album that you will be here for months listening to this. Motorpsycho have amalgamated a whole heap of sounds into what makes a fantastic and interesting album. The playing is superb throughout and there is never a moment of boredom even during the longer songs. A masterpiece of sorts, it is wonderful that bands are not afraid to make albums like this anymore. You need this album in your life, it's terrific, essential and totally brave.