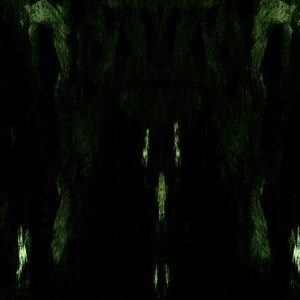 Out on now through

Some days are made for long drives as the sun is going down. You put something on and just cruise. Wasting the resources of a dying planet aside, there is an undeniable benefit to the soul when picking just the right music to get lost in; it allows everything else to just kind of fade out for a moment. Impetuous Ritual’s new album Unholy Congregation of Hypocritical Ambivalence would be just about the worst album to soundtrack these sort of evening jaunts of the soul, and that is not by accident. This album is a pointedly tangled labyrinth of impossible design that leaves you lost, bewildered, and forces you to decide whether or not you will shrink away or allow yourself to sink into its mysteries.

The impulse to escape the music, at first an almost un-listenable murk of noise, is an easy one to succumb to. Similar to allowing the eye to adjust to the dark of a cave, however, by the second track, 'Venality in Worship', the ear is able to hear the interlocking rhythms and melodies battering against each other. There is enough attention to rhythm and dynamics given here to coax you through the initial threat of listener fatigue, especially with the drums acting as a sort of anchor - tilting and lurching through time changes with the steady hand of a symphony conductor. This anchoring is crucial as the band blasts through what can often be mistaken as an impenetrable barrier of sound that occasionally takes on the characteristics of drone; focusing in on any particular melodic thought is nearly impossible - save for the shrieking solos that both echo and surpass the for-noise’s-sake whammy-bar-slamming style of Kerry King’s signature sound. Just as the opening salvo of the first three tracks begins to lose its mystique, bordering on doing only one trick very well, the band changes gears completely while toppling headward into the dirge-like abyss of the album’s centerpiece 'Despair'.

The first three tracks of Unholy Congregation of Hypocritical Ambivalence orient the listener in the sideways logic of the band - especially for those who haven’t listened to their debut. 'Despair', however, is the clear mission statement here in the way that it builds on the band’s foundation while sucking it down into a new subterranean world. The drums slow, their blasting becoming more sparse and measured, the riffs take place in the mix to surround the listener. It creates an incredible aural illusion, giving an almost physical feeling of being lowered. The tension this creates at first causes a certainly-intended effect of anxiety and dread, but as the track reaches its halfway point it is best to let yourself flow into the river and be carried further, deeper through the exhilarating second half of the album.

This is what the album accomplishes so well. This is not simply a blast of chaos, and nothing is done for its own sake.Impetuous Ritual acts on the darkest, most visceral nodes of the brain and lights them up with a startling electric impulse. The album requires strength to listen to it; it is draining on a cerebral and emotional level. This draining, however, is precisely what makes the album so necessary. There are thousands of bands you can put on and just space out to. Light some candles, make a night of it, go ahead. Treat yourself. Impetuous Ritual demands something of you, however, and it reflects in many ways the coldness of an often taxing world. The choice this band gives you, to evade it completely or to throw yourself into the maddened flow, is the same choice you have to make every day. And like this album: the world can be an ugly and terrifying place, but it can also reward those who choose to engage it.