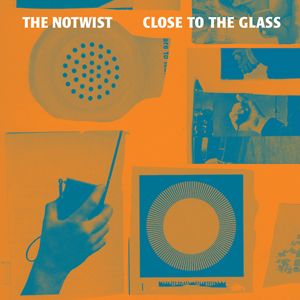 When a band takes six years to release a new album it is easy to think about the changes that band has gone through during that interim. How have they grown? Changed? What took them so long? We often forget our own part in this equation, though. For those who have followed The Notwist, starting at any point in their 25 year history, it is impossible to experience Close to the Glass without subconsciously bringing your own changes in perspective and life circumstances into the listening experience.

The concept of a band “meeting expectations” becomes less accurate; The Notwist seem to have grown with their listeners, and created an album to which it’s easy to map your own emotional life.

Maybe this isn’t a surprise, though: The Notwist has always been a band that thrives on evoking mood. It’s clear from the opening song that while their sonic palette has changed, their core has not. Through the opening two tracks the band continues their long-time exploration of electronic sounds that break through to the more organic realm of human emotion.

With title track, 'Close to the Glass', The Notwist seems to have done their homework in adapting their own sound to contemporaries, including Liars’ own forays into pulsing synth and cold beats. In the move to standout track 'Kong', however, The Notwist seem content to reference themselves. It seems like a self-conscious move early into the album. Even as it nods to its roots in guitar rock or even the sunnier moments of Neon Golden, though, the band sounds both undeniably like themselves and undeniably current.

It’s an early moment of triumphant melody and simple, emotive guitar progressions that sets the tone well for the remainder of the album which is happy to lead you through the band’s own past as well as a more broad musical history.

Each track has its own identity, often set apart not only by the overall mood of a piece but even by something as simple as its instrumentation. The album veers from the aching, acoustic longing of 'Casino' to the driving synth-heavy instrumental 'Lineri'. Each piece is separate but cohesive in serving a central drive toward moments that are both mournful and victorious. This balance struck between highs and lows may again seem like familiar territory for the band, but the dynamic is explored through a more varied and confident sound than they have ever shown in the past.

And that past is much longer than many realize. The Notwist landed on most people’s radar through the previously-mentioned Neon Golden. Often heralded as the “new Radiohead” (as so many bands were at the time) the band seemed eager to try and buck that expectation as quickly as possible.

With Close to the Glass they finally seem comfortable to explore and reference other bands that have come up or even disappeared during their long life. With 'Seven Hour Drive', for example, it’s difficult not to notice the familiar quiver of 90s shoegaze being brought into a new modern light. So many of the bands from that era don’t exist anymore, or are at most reuniting for the festival circuit, while The Notwist has remained steady.

Their drive to create has not faded over time but in fact strengthened. The sound throughout the album gives the impression of a band that has found it easier to execute an original vision, unified in its variety and in its risks taken. Somewhere in the past six years the band has found a way to both explode their sound and reign it in to its most focused point. They have made sounding like themselves seem more effortless and exhilarating than it has in the last 25 years.