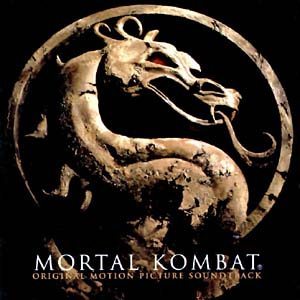 Jim Carrey doesn’t crowd surf at a lot of Cannibal Corpse shows anymore, and the world is a bleaker place for it.  That scene in Ace Ventura, in which Jim Carrey is trying to escape two henchmen during an increasingly silly metal concert, was a bit of a shock to the system when I saw it as a kid.  The heaviest thing I had heard up to that point was probably ‘In the Garage’ by Weezer, so I wasn’t sure how to process what I was hearing.  Only now do I grasp how weird that scene is, though.  The 90s were a fertile time for metal creatively, but people were still a long way off from incorporating it into the social lexicon as they do now (no car companies were putting out Enslaved EPs in the 90s, remember).  To feature ‘Hammer Smashed Face’ in a mainstream comedy largely geared toward kids seems like it never should have happened.  But the weirdest part about this scene is that it’s not the only movie from that time period with a scene like that, in which the character is transported to some “nightmarish” laser-light nightclub with some form of blast-beating metal dominating the atmosphere.  At the time it was a common movie trope to show the audience that a character was out of place and might be in trouble.  The “sister scene” to the one in Ace Ventura is in the Mortal Kombat movie, during a nightclub police raid set to Napalm Death’s ‘Twist the Knife (Slowly);’  I begged my mom to buy me the soundtrack the next day.

I loved the Mortal Kombat soundtrack - especially the remix of the theme song, which I played to accompany my fake karate moves in my room.  The Napalm Death track, however, terrified me.  Barney Greenway’s vocals made me think I’d misstepped and fallen into Hell (which I thought was a real possibility at age 8 because I was a weird kid).  I kept listening to the song, though in fact the whole album was a sort of obsession.  This was a turning point for me because it was the first time I really discovered music on my own.  At that age I pretty much only learned about new music from my brother, who got me into Smashing Pumpkins and pretty much all the great 90s alternative rock.  My parents tried to get me into some music as well, but they mostly listened to the Eagles which even then I despised.  Movie soundtracks were the first way I learned about new music, at a time when I had just begun to learn what it is I really like in music (I could have just as easily written about the Spawn soundtrack here, which also left a deep impression).  I started to gravitate toward music that made me think I was falling into Hell; once I felt like I was no longer in control, I relaxed.

There were some other great, mostly industrial bands on the CD that I liked but didn’t listen to in earnest until I was older.  There’s a GZR track on there, and it wasn’t until high school that I realized who Geezer Butler was and why that was a big deal.  I listened to that track, ‘The Invisible,’ until it skipped.  Burton C. Bell from Fear Factory sings on that track, and one of that band’s classic songs ‘Zero Signal’ sent me further down the road of finding music that was always faster and heavier.  There’s even a Type O Negative song, ‘Blood & Fire,’ that at the time I thought was boring, but it stuck with me.  Years later I picked up Bloody Kisses thinking maybe I’d matured enough for it; I loved it.

The weird thing, though, is that while some of the music on the soundtrack definitely doesn’t hold up - I still have zero interest in listening to Traci Lords or Gravity Kills - a lot of these bands are still bands that I love today.  So while the Mortal Kombat soundtrack might not be the best album ever, and it’s about 70% unbearably cheesy now if I’m honest with my 8 year old self, it set two things in motion.  It set into motion my insatiable desire to find new music, even if it was just through movie soundtracks until the internet thankfully exploded with content.  It also marked the first time I realized that bands like Napalm Death, while they irritate some people (my parents especially), help me reach an equilibrium.  It’s meditation music to me, and I’ve never stopped searching for that sound that’s faster, meaner, and heavier.