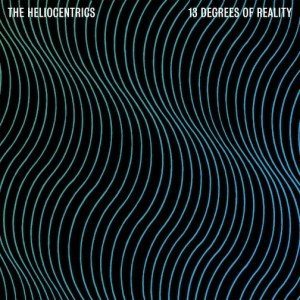 It's not often we review a bona fide jazz record on Echoes & Dust, but with 13 Degrees Of Reality, the new album from The Heliocentrics, that's precisely what we're going to do.

Discussing 13 Degrees... with our esteemed leader Dan on Twitter earlier, I commented that,

"(It is) sprawling and schizophrenic, lurching from one influence to another, but coherently and fluidly."

Dan joked that that should be the review, but while it gets to the heart of it, it would be unfair to The Heliocentrics to leave it there.

At times 13 Degrees... feels like a Massive Attack album, dark and brooding; at others like the soundtrack to a Hitchcock film set in the 70s, paranoid and schizophrenic. It veers wildly from DJ Shadow to Lalo Schifrin, all the while never feeling out of control. Unplanned, experimental, but never out of control.

While the album has no central motif in the way that, say a 65daysofstatic album tends to be based around a particular sound, there's still a cohesion there that's difficult to pinpoint; a certain familiarity from one track to the next. Free form, but within a template of sorts. Timings become individual, but never off-kilter, bass lines become hypnotic and circular, The guitar stabs, sometimes like a hot knife in butter, other times like a ragged saw tearing at raw flesh.

There isn't a note out of place here. If something sounds wrong, then it has been put there to play off against the norm, to stretch your expectations and make you ask yourself whether you really know anything about music. There's nothing wrong with an album that makes you work for its affection. That only means you'll love it more.

Of course, if you don't like jazz, or have no appreciation of the art of making music, then this will all be lost on you. You won't hear the sublime bass under the off-key piano. This album wasn't made for you, but try it anyway. Put on headphones, switch off Twitter, set your brain to sponge and absorb 13 Degrees Of Reality. 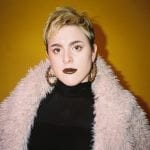