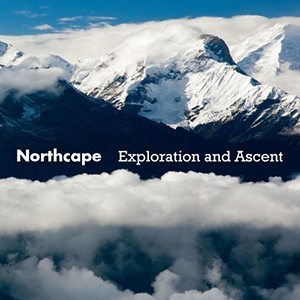 If you’re into experimental music with a hint of post-rock and a large influence of ambient music then you’re looking at the right place! We are in Warwickshire, England, to explore the sound of Northcape, the music solo project founded in 2003 by Alastair.  The new album Exploration and Ascent will be released on May 14th by the US independent label Sun Sea Sky Productions and it’s going to lock you into a deep and fantastical daydream. I’ve already enjoyed the previous albums from Northcape (Letter to Nowhere captured me at first listening!) but It took me a bit to get my head around this album. Exploration and Ascent is a pure machine soul, reminiscent of forgotten landscapes, timeless and spaceless, “inspired by Himalayan exploration” as Alastair said about his new album.

I think that everybody likes to take journeys and explore new places. I believe that music has this power: music can take you places. Northcape will take you on a journey through his sound. Exploration and Ascent is an 11 track album where each song bleeds into the next, where transitions mean nothing. Exactly like a journey: you’ll feel invaded by this music and you’ll be taken somewhere where you’ve never been before. Could be Himalaya that inspired Northcape or somewhere else, you’ll have your personal destination.

It starts off with the lush ‘Cleaning the Glass’ which works as an intro to the album and it spirals into your head in no time. The same affect has ‘Potentilla’ where cyclical melodies will involve and put you into a different state of mind through beautiful downtempo loops and beats. it’s one of the longest tracks of the album and It’s able to penetrate your eardrums and hypnotize you. It declines softly flowing into the longest track ‘The First Crossing Of The Watershed’. Its start is like a deep massage, relaxing and inspiring for your soul. In a bunch of seconds the rhythm changes with the introduction of a gentle drum beat. It’s lovely! One of my favorite tracks of the album.

On the track ‘Arrive Rattledge Col’ the intro of delayed chords is awesome and through the song drums and many elements come in creating a sound that is never cluttered: everything is in its right place!

‘High Mountain Record’ is maybe my favorite track of the album and I use the term maybe because at each listening of this album I find a new favorite track. There are delicious downtempo arrangements in it that will blow your mind. About halfway through the song a constant melody works like a loop: it is mind consuming, fascinating and addictive.

On the last 4 minutes and a bit more of ‘Last View’ and ‘Carbon’ a nicely chilled plate of ambient/downtempo beats and grooves emerges and is as good, as evocative. The last two tracks are quite nostalgic, peculiarly isolationist and simply beautiful.

Many of you that love electronic and ambient music will enjoy Exploration and Ascent for its escapism; it’s not important where you are, you can climb Himalaya or jump into a dreamlike state created by the sounds that Northcape gave us as the best another world souvenir. 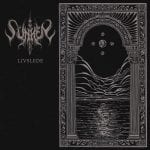