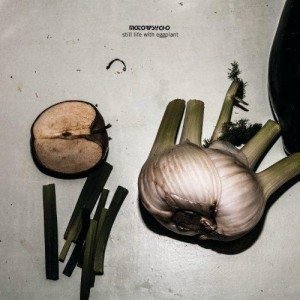 For a band that have been around for almost a quarter of a century and who celebrated their twentieth anniversary with a vinyl only release produced by one Steve Albini, Trondheim’s Motorpsycho have surprisingly and somewhat sadly, garnered little more than a cult following outside mainland Europe.

Over the years this consummate three piece have produced rock music of epic grandeur, sometimes sprawling but always with the utmost precision. From Metal through Post Punk to Jazz to West Coast Pop and back again, they have dabbled in pretty much everything a basic three piece can. They even wrote a soundtrack to an imaginary Western with Ronald Reagan as the cover feature.

Recently I have been concerned about a band I have avidly followed since the mid-nineties. As much as I love Rush, Motorpsycho's new found fascination with narrative flow and songs in parts had created a tendency towards meanderings rather than genuine songcraft, yet in Still Life With Eggplant they have pulled together five striking pieces from twenty ideas that the press release suggests had been on the backburner. For the three years since 2010 release Heavy Metal Fruit, the band had worked on 2012’s Prog. concept collaboration, The Death Defying Unicorn, which they proceeded to play every night for three months.

Still Life With Eggplant is still explorative, but is a more immediate album than the band have produced since Kapstad joined in 2007. The opener for example despite being called ‘Hell, Part 1-3’ is infectious in each part. The riffs here are reminiscent of Sabbath and early seventies Deep Purple. Even Snah’s solo has a Blackmore-esque quality to it. The breakdown fade out is a real treat.

In the openings on ‘Barleycorn (Let it Come Let it Be)’, and the final track ‘The Afterglow’, Saether and Ryan show their basic song writing ability and vocal talent beyond the Wilson brothers quality they effect so often these days. The former song opening in to an anthemic shuffle, while the latter finishes the album to startling effect, following the cosmic jazz rock epic, ‘Ratcatcher’.

The latest offering from Norway’s finest is no doubt a work of great musicianship. In places conjuring folk and sixties psyche moods before going into something completely different. Indeed, there can be something Python-like about their craft. Something which will always divide opinion and may explain their lack of higher and wider praise.

Watch out for the leftfield Stoner Rock bridge in the final track (complete with cowbell). Too good.